South Africa has a plethora of law firms, coming in different sizes, and experience levels.  If you need a law firm, there are different factors you would consider because like everyone else, you want the best. 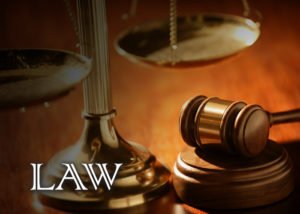 This is one of the law firms in Cape town and it belongs to the top 5 in the whole of South Africa. The firm was founded in 1853, which means they have had about 165 years of operation and experience in offering legal services. Cliffe Dekker Hofmeyr formerly was affiliated with DLA Piper but the synergy ended back in 2015.

Cliffe Dekker Hofmeyr has been highly recognized in South Africa. They are known to cover the most fields in law and have won the M&A Deal Flow for ten years at a stretch. They have more than 350 lawyers across Johannesburg and Cape Town.

Situated in Cape Town, Bowmans was established in 1885. It is one of the top 5 biggest law firms in South Africa with over 130 years of operation. They were named South African Law Firm of the Year for 2018 in the Chambers Africa Awards for Excellence.

Bowmans has about 400 lawyers in their seven offices across five African countries. They offer highly reputable services that have placed them on this list.

This is a UK based international law firm founded in 1922. It has branches in Cape Town, Johannesburg, and Durban and is one of the largest law firms in the United States as well.

Located in more than 50 cities, they have about 2000 lawyers and staff. They are 3rd in our list of the top 5 biggest law firms in South Africa. In 2018, they had gross revenue of about $1.9 billion.

This firm was established in 1868 and has operated for about 150 years. This has allowed the firm to gain a top spot on the list of law firms in South Africa. Webber Wentzel had a collaborative alliance with Linklaters in 2013.

They are based in Johannesburg and Cape Town and they are home to one of the most dedicated pro-bono practices in South Africa. Webber Wetzel has more than 450 lawyers across their two offices.

There you have it. The top 5 biggest law firms in South Africa, or rather, the Big Five Law Firms. If you require quality legal services, you knew where to head for your research and evaluation. Do you have any thoughts or comments on this list, let’s know in the comment section.