In this post, we’ve listed the top 10 companies based on their market value, worth and revenue reported by employees. 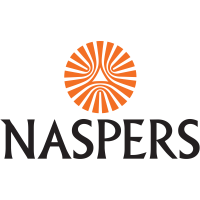 Internationally acclaimed internet group takes the lead on the money list. It is not news that Information technology has taken over the world as it is evidently so lucrative placing Naspers on top of the list with a net worth of $75.4 billion.

Naspers operates in 130 companies with its headquarters in South Africa. The chairman of this media group is Jacob Petros Bekker and has invested in Pay television, mobile telephony among many others.

With a revenue of $21.8 billion, Sasol is comfortably second place on the list. Established since 1950, Sasol currently employs 30,100 individuals; an integrated energy company having its headquarters in Johannesburg, although it was founded in Sasolburg.

Sasol is doing great and it has been this way for decades. In fact, the earliest of the processes that were adopted were developed by seasoned Engineers and Chemists from Germany.

Of course, the Financial service provider must not be left out of the money game. Third place on the list is FirstRand Bank, one of the banks licensed by the Reserve bank of South Africa.

The bank was established in 1999 and currently employs over 45 000 individuals. Closely following Sasol in net worth, FirstRand currently is at $18.2 billion dollars.

Operating functionally in Africa, Europe and Asia, this company is one of the top mobile network service providers in Africa. They dare say they are “everywhere you go”.

MTN (Mobile Telephone Network) provides top-notch service in 21 countries. It is no wonder they must be found on this list. Having their headquarters in South Africa, MTN group was founded in 1994 (initially M-cell) and currently has a net worth of $16.6 billion rands.

Founded by John Paterson Standard Bank Group ranks fifth on this list with a net worth of $15.9 billion. It is a financial service provider and is considered as Africa’s biggest lender by assets.

The bank has been operative for almost two centuries (established in 1862) and has been relevant since then. Its greatest strength is its assets which sum up to $142.9 billion.

With a net worth of $9.5 billion, SANLAM continues to offer better financial services in every way within their reach calling themselves “wealthsmiths” and putting the word out that “the best time to invest is now.”

Remgro Limited is an investment holding company based in Stellenbosch, South Africa. Having a net worth of $8.4 billion, Remgro ranks 7th place on the list.
Next year looks really promising as RMB promises to distribute its R130bn stake in FirstRand to shareholders as part of a restructuring process.

The Shoprite Group of Companies is Africa’s largest food retailer. It operates more than 2,934 outlets in 15 countries across Africa and the Indian Ocean Islands. It operates through four segments: Supermarkets RSA(Republic of South Africa), Supermarkets Non-RSA, Furniture and Other operating segments.

The company’s headquarters are in the Western Cape province of South Africa.
With a net worth of $7.9 billion, Shoprite group of companies ranks 8th on this list.

Following closely behind Shoprite, Bid Corp says “it is all about the food.”
It is a company that is passionate about Foodservice;

Bidcorp is an international broad-line food service group, listed on the JSE, South Africa, and present in developed and developing economies in five continents. Bid Corp takes up the penultimate position on this list with a net worth of $6.7 billion

Founded in 2010, MMI holdings is a fast-growing  South African based financial services group that is listed on the Johannesburg Stock Exchange.

Its Headquarters is located in Centurion, South Africa. For almost a decade MMI has offered great service in Insurance and Asset Management.
The company has 17,976 employees and a net worth of $3.3 billion

Uzalo Actors Names and Their Ages (2022)