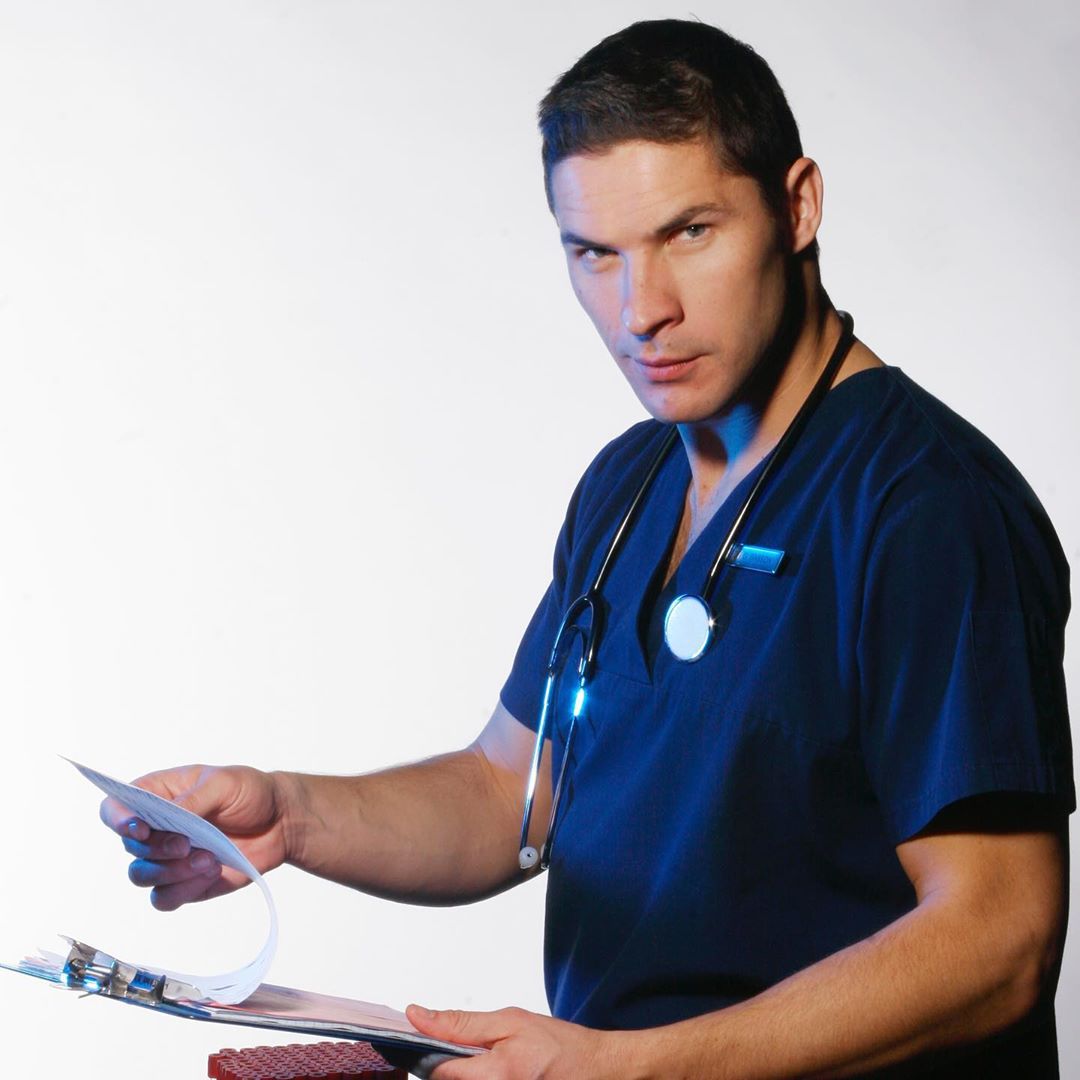 Louis is a bit much for Annelize, while Okkie undergoes the operation. Danny’s frustration causes him to snap, while it becomes very clear that resentful woman is a dangerous one. Conrad’s confrontation is a complete surprise – but it is not the only surprise for the day.

Annelize’s behaviour catches Naomi off guard. Chanel tries to build a bridge between two friends, while it becomes very clear that a relationship between colleagues has been damaged. Annelize is not holding back in At’s ofice – and At struggles to come to terms with the facts.

Elana is stressed about a TV interview, while Okkie keeps information from his family. Conrad has an honest conversation with Ingrid, and Annelize blames Tertius for her current situation. Ingrid shares her emotions with Hugo, and Conrad puts his foot down with Delia.

At makes a drastic decision – and his words cut Ingrid deeply. A call leaves Elana speechless.

Sergio de Freitas’ first day at Binneland Clinic isn’t necessarily a disaster. Elana tries to come up with a solution that won’t be too disruptive, while Delia believes that she can wrap Conrad around her little finger. Annelize is definitely not making friends, and Hugo’s logic steers Steve in a new direction.

Steve makes sures that Elana knows he is serious about his suggestion, and Annelize doesn’t adhere to Tertius’s admonishment. Naomi hears of her father’s plans, while Ilse’s good intentions are another humiliation for Annelize. Delia has a new deal for Conrad, and Okkie and Sergio’s paths cross.

Elana is irritated by Steve’s newest strategy, while Sergio’s plan doesn’t seem that easy to execute. Naomi truly experiences Annelize sharp tongue for the first time, and it is very clear that Rian won’t let the wool be pulled over his eyes easily. A conversation gives Tracy hope, while Maya could possibly be the key to success.

Okkie is nervous about his next apppointment, and an emotional Delia makes Conrad feel guilty. It is very clear that diplomacy isn’t working on Annelize, while Conrad promises to support Elana’s decision. Tertius think he knows what Sergio is up to, and a conversation with Lexi awakens Elana’s doubts again.

Certain questions brings memories back for Okkie, while Annelize is becoming more unreasonable. Tertius finds out more about Sergio, while Tracy is excited about drinks. Elana is trying to get certainty from Steve, while an army trunk awakens emotions.

Annelize promises to improve her behaviour, and Tertius chooses not to play open cards with Tracy. The first fitness class is a challenge for Maya, while Lexi is not impressed with a decision that has been made.

Okkie makes contact with De Klerk, and Chanel is worried about the amount of attention that Sergio is giving Maya. Vicky and Ruan arrives in Pretoria.

Annelize realises that At and Ingrid are not speaking to one another, and Conrad realises that he needs to start working on Elana’s function. Chanel warns Maya about Sergio, while Tertius is concerned about Annelize. There is a burglary at the Ferreira’s, and everyone tries to find their feet in the new family.

Louis encourages Conrad to go to a bit of trouble with Elana’s function, while Steve warns Elana regarding the pressure that she is putting the kids under. Ilse reaches out to Okkie about his weird behaviour, and Tertius and Sergio have to attend to a situation in ER.

Hugo is unsure about what he needs to do about an emotional Tracy, while adrenaline leads to a passionate kiss.

Elana is worried about Ruan, and Hugo suggest that Conrad uses Tracy to assist him with the party. Tertius and Sergio are at loggerheads about the handling of the situation in ER – and Sergio tries to clear the air with Maya. Tertius is not the only one concerned about Annelize.

Tertius rubs Tracy up the wrong way, while Danny is caught of guard by a snippet of news. Sergio’s behaviour makes Tertius suspicious, and Elana is stressed out because of time management – while a photo causes een more tension.

Tracy is suspicious of two individuals, while Hugo gives her some advice on how to go about her business.

Sergio’s disappearance has everyone wondering. Conrad gives Ruan advice, while Tracy’s new found self-assurance causes him to worry. Elana tries to find her motherly side, and Ilse decides to confront Okkie. Tracy is not scared of standing her ground, and a reunion of sorts brings shocking new insights.

Every man keeps his secret hidden, while De Klerk further complicates an already troubled relationship. Tracy wasn’t born yesterday, while Steve’s solution could also be a new opportunity for Lexi. Delia is not impressed with Tracy.

Sergio has a new mission – but then he lets the cat out of the bag by accident. Conrad has to intervene when Delia and Tracy get into it, while Ilse wants to get to the bottom of things.

Elana and Conrad have a fight about work, and Vicky flees when she sees something upsetting in ER. Tracy thinks an invite isn’t genuine, and a whirlwind of emoions get the upperhand.

Steve wants everyone to be open about their feelings, and Okkie is not impressed wih Ilse’s idea. Rian doubts whether Delia has any influence on Conrad, while Tertius hears about the developments regarding Sergio. Conrad makes it very clear that Steve and Elana’s opinion on Tracy doesn’t bother him.

Conrad insists on buying Tracy a gift, and Danny warns Tertius against Sergio – but it might be too late. Elana discusses the task at hand with Lexi, and there is one couple that has the tongues wagging at the party at At’s house. Steve hears the reasons why Vicky wants a specific motive on her bedding.

Conrad’s problems with the women in his life doesn’t seem to end, and Sergio is invited to dinner. Suspicions and actions are not telling the same story, while Steve has a breakthrough with Ruan. Maya discovers a secret – and isn’t sure about how to act afterwards.

Conrad and Elana squabble over Tracy, and Maya decides to play open cards with Tertius and Okkie. Danny talks without thinking with Chanel, and Ruan shares his concerns with his uncle. The whole truth is the only thing that give a few people’s souls a bit of rest tonight.

Steve reprimands Elana regarding the way that she handles herself, and Chanel shares her fears with Naomi. Sergio is looking for forgiveness – and is ready to find the guilty party. Conrad discusses his concerns regarding Ruan with Elana, while Danny gets it when Chanel takes out her frustrations on him.