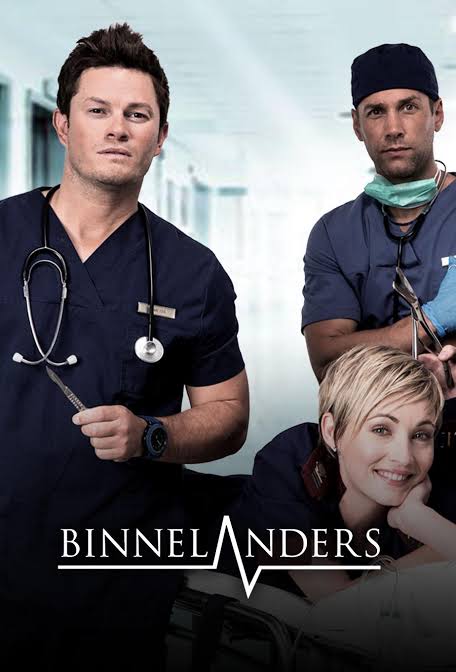 Maya’s relationship is in trouble, and Elana’s words worsens Ruan’s anxiety. Sergio’s theory upsets Okkie, but not before he confronts De Klerk. Chanel’s fears become a reality, and Conrad recieves a strange request.

Ilse confronts Sergio, while Danny and Chanel have to start being honest about what they feel, think and experience. Elana tries to sort out a misunderstanding, and Steve makes a decision about Lexi.

Answers are all that stand between De Klerk and his freedom, and Steve gives Danny his opinion on Danny’s solution. Okkie asks Maya for help, while Lexi discusses her concerns with Chanel.

Okkie’s defense leads him to the truth – and a concerned Maya goes on her own mission. Louis becomes aware of he affect that Chanel’s dilemma has on Naomi, while Elana tries to follow Steve’s advice. Ilse’s instincts kick in, and Chanel has an answer for Danny.

Maya doesn’t want to lose Sergio, and Elana is made aware of what the children are thinking. The past is not something that can be put away easily, while it becomes very clear that romance isn’t Danny’s strong suit.

At and Annelize’s court date is getting closer and Tertius realizes that Annelize has plans for At. Maya is frustrated with her unexplainable situation, while Steve puts pressure on Conrad regarding Fairgate. Louis puts his foot in it and Chanel is overwhelmed by questions.

It is clear that someone knows more about the politics within the board than they should. Ilse realises Okkie’s mood is dark, while Delia asks Conrad for assistance.

Ilse has her doubts about Okkie’s operation, and Conrad makes a confession to Tracy. Chanel gets a nasty surprise, while Conrad’s computer goes missing. Delia feels insulted by the truth of the matter, and Brandon laughs off Danny’s plans. Rian gets suspicious about Delia and Conrad.

Tracy advises Conrad not to say anything and Ilse makes a suggestion that doesn’t go down too well. Brandon lashes out with his honesty, while Louis doesn’t present his idea to Naomi outright. Annelize is feeling despondant after the day’s events, and Rian turns Delia against Conrad.

Naomi uses Ilse as motivation, while Delia wonders about Conrad’s love life. Danny likes Louis’ idea a lot, while there is more than one surprise during a board meeting. The Cape is definitely not the answer, and cyberviewing has its advantages. Tracy knows exactly where she belongs when Elana interrupts them.

Tracy reassures Conrad that he doesn’t owe her anything, and Ilse gets a space for her dream project. An old friend of At presents a good business opportunity, while Elana knows who Annelize’s contact is. Maya’s father pays a visit, and Brandon’s words sparks thoughts about the future with Danny.

Ilse asks Elana’s help with research, and Conrad explains his actions to Tracy. Brandon makes it very clear how he feels about Danny’s family, while Liezl and Okkie realises how much they have in common.

Naomi scares Felicity, and Annelize vents to Delia about Conrad. Conrad and Maya realise that Faf has different ideas about a business dinner.

Brandon uses the current sitution to prove a point to Chanel, while Maya thinks she knows what Faf’s motives are. Okkie surprises Naomi with his reaction on her news, and Ilse is worried about Okkie’s sessions.

Although Faf meets with the competition, Delia and Rian doubt whether they actually stand a chance. Chanel’s emotions lead her to a decision.

Delia is sly when she has a talk with Maya, while Conad wonders about Faf’s motives. Danny and Chanel are faced with a difficult choice and Liezl discusses personal problems with Okkie. Tracy tells Felicity about Kayla’s father, while Tertius unknowingly gives two women the same answer. Delia has it in for Conrad.

Faf tries to play Annelize and Conrad off one another. Danny and Brandon are at war over Chanel, and Tracy is the witness of a negotiation. Gigi and Ian are very interested in one relationship, while Maya suddenly stays behind with Conrad. Okkie and Ilse find themselves on strange terrain.

Conrad gives Annelize the wrong impression on purpose – and wonders about Faf’s finances. Steve isn’t holding back with Brandon, while Ilse is not impressed with Okkie. Brandon attempts to broker peace, and Tracy hears something unsettling from Felicity.

A concerned Annetjie informs Conrad about a problem, and the hard reality hits Danny and Chanel. Ilse discusses her fears with Naomi, while Faf makes Delia wonder about Tracy. Okkie wants to get something off his chest, and Conrad is pressured from all sides.

Naomi begins to wonder if Ilse doesn’t have a point, and Louis gets confirmation that he did the right thing. Liezl is concerned about boundaries, while Louis makes a discovery that leads to purposeful actions. Maya thinks Chanel should go see a gynocologist, and Annelize makes Conrad suspicious.

Conrad warns Faf about Annelize, and Liezl shares news with Okkie. Conrad’s plan involves Mike Dykstra, while Tracy has sleepless nights about her ex. Danny’s shopping is out of control, and Bandon receives a surprising invitation.

an shows up at Binneland Clinic, while Noami and Louis are surprised by Okkie’s behaviour.

Naomi’s suspicions are confirmed, and Danny makes a confession to Chanel. Louis is on a dangerous mission, while Ian is not planning on disappearing soon. Doctor Butler shares her findings after the consult, and Okkie doesn’t give Ilse the truth.

Brandon and Danny feel helpless, while breakfast at the Koster Mansion is a strange experience. An uncomfortable meeting takes place in one of the corridors of Binneland Clinic, and Louis warns a frustrated Conrad. Tracy wants to keep Ian’s existence a secret.

A delivery rubs salt in the wounds, and Ilse has a question for Liezl. An old photosession increases the tension on an already sensitive situation, while Conrad tells Louis about Ethan. There is a new suspect in the cybercase, and Chanel opens up towards Ilse.