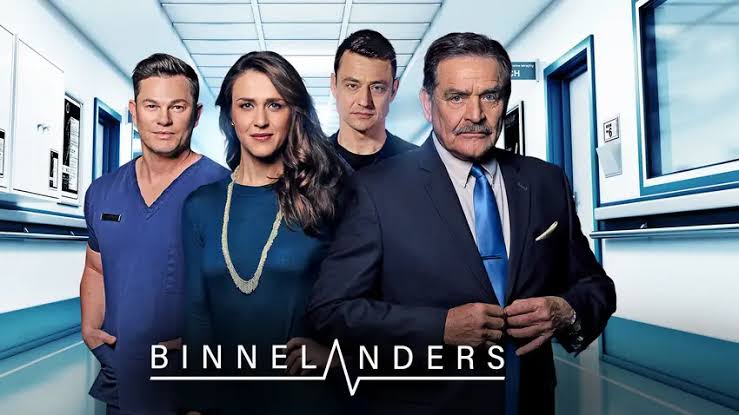 Helena asks uncomfortable questions, while Annelize and Wessel are both missing pieces of their respective puzzles. Elana’s invite to a barbeque stuns more than one person, and Rian explains his actions to Annelize. Tracy can’t stop herself from flirting, while Wendy clearly doesn’t take no for an answer.

Helena is the subject of discussion between Steve and Elana, and Annelize leads Gerhard to a difficult cross roads. Louis helps Tertius with a number, while a fire at a warehouse escalates an already explosive situation. Tertius’ awkward lunch ends completely different than he anticipated.

Annelize gives Ingrid something to think about, while a kiss needs to be swept under the carpet. At is livid about what he knows wil happen next, and Tertius is not prepared to handle someone else’s emotions.

After her squabble with Elana, Helena poses the right question at the wrong time to Conrad. At and Annelize face off regarding where they stand with each other.

Elana is not just worried about her falling out with Helena, and Tracy interrupts a fight in the doctors’ lounge. Danny catches Tertius in a lie – while Tertius is getting irritated with unexpected visits. Steve realises something is wrong with Ruan, and Maya has her doubts about someone’s plan.

Steve has an honest conversation with Helena, and Maya is not impressed with Conrad. Tertius talks to Wendy and Koos regarding the secrets that they keep, while Annelize’s rage towards Conrad is not simmering down. Conrad tries to rectify a situation, and Ruan doesn’t want Helena to take her leave.

Louis and Naomi gets a surprise with breakfast at the Koster Mansion, and Annelize receives an unexpected visitor with a warning. Lexi is not prepared for her visitor, while Tracy’s good mood disappears with a phone call. A bitter Annelize wil do anything to dethrone Conrad, and Tertius hears about Gaby’s next step.

Emotional support – and the demand for it! – smothers Tertius, and Danny is caught off guard by a phone call. Conrad is very sure about his case – but no one can seem to find Phillip. Steve and Elana’s happiness has an affect on Bronwyn, while a barbeque sows new seeds of doubt.

Tertius wants to make the decision regarding the new appointment, and Rian stuns Annelize with his reaction to her plan.

Annelize tries to solve Tertius’ dilemma for him, and bad new leads to an uncomfortable interaction. Conrad tries to ward off Tracy’s fears, while Albert gives Phillip a warning. Julia asks Elana about Bronwyn, and Louis rapports a safety situation at the Koster Mansion.

Lexi wonders about a call that she received, while Gigi tries to pluck up the courage to go see Conrad. Tertius and Gaby are equally stubborn.

Annelize is unnerved by a visit from Gigi. Maya tries to give Tertius advice regarding Gaby, while Conrad tries to keep Tracy in the dark about Phillip – but doesn’t succeed. Lexi tells Steve about her strange morning, and it won’t be easy to stop a plan in motion.

Bronwyn behaves aggressively, while Annelize confesses something to Rian. Naomi is asked to be a mentor for the new additions, and Tracy and Elana are equally concerned about the situation that Conrad got himself into.

Annelize’s naivity stuns Gigi, and an emotional Bronwyn dicusses happiness with Lexi. Tracy causes a frenzy when she arrives at Binneland Clinic.

Karen is surprised when she realises she is not the only newbie at Binneland Clinic, and everyone wonders what happened to Tracy. Danny’s medeling leads to an aggressive outburst, while Lexi shares her fears with Steve.

Annelize makes another confession to Rian, and memory loss is not going to help the main suspect’s case.

Karen keeps Gaby at a distance, and Lexi begins to question Bronwyn’s stories. Chanel is concerned about Danny’s decision to keep quiet regarding communication, while Hugo and Maya have a potential solution for Tracy’s dilemma.

Elana shares her view regarding Bronwyn with Julia, while Tracy’s drug test results are ready.

Gaby wonder about Karen’s motives, while Steve and Lexi thinks they know what caused Bronwyn’s behaviour. Conrad and Anneize’s words let Tracy’s memory return for a moment, and Danny hits a nerve in a discussion with his sister.

Tracy is not the only one that the police want to talk to, while Gaby realises how Tertius talks about a colleague.

Steve is disheartened by the women in his life, and Annelize stands in for Conrad. Karen realises what Petrus actually is, and Gaby looks unprofessional in front of Annelize – but decides to stand her ground.

Tracy’s story turns into a juicy one, while Bronwyn realises who is behind the work contract. Footage that is leaked to the media causes a lot of strife, and Karen and Gaby are not sitting around the same fire.

Danny shocks Steve with what he has found out about Bronwyn, while Conrad gets a handy piece of information. A scandal in the media might be just what Annelize needs to reach her goal, and Gaby wonders if Karen ha set her sights on Petrus – while Petrus’ attention is definitely focused on someone. C

Tracy and Conrad disagree about what to do with the new information, while Gaby reads a visitor’s motives completely wrong. It seems like Bronwyn is creating situations to spend more time with Steve, and Tracy’s problem with her memory gives Annelize a new and evil idea. Bronwyn takes on Elana regarding Lexi.

Steve and Bronwyn realise what lies beneath Lexi’s hesitation. Suspicion is at the order of the day: Ruan sees something that makes him wonder about Bronwyn, and it doesn’t take a lot to get Tracy to doubt Conrad.

The signs that Gaby reads leads her to send Petrus in Karen’s direction, and Annelize’s motives leads to a huge falling out.

Hugo shares his concerns regarding Tracy, while Conrad starts to realise that Tracy doesn’t trust him anymore. Elana begins to wonder if Bronwyn’s feelings for Steve are appearing again, and it becomes very clear that Petrus is not scared off easily – although his lunch time activities would scare off anyone.

Tracy is caught in a lie, and Bronwyn confronts Elana about Steve.

Maya can’t believe the situation that she finds herself in. Annelize realises who they should be talking to regarding the case, and Karen is fishing for Petrus. Bronwyn’s squabble with Steve puts Chanel in the cross fire, while Conrad is suspicious of what he sees – and hears.

Petrus doesn’t hesitate to put Wimpie in his place.

Tracy relives another upsetting memory. Bronwyn reacts to Steve’s offer, and Wimpie gets the wrong idea about Petrus. Annelize is frustrated with Tracy – as well as her plans with Conrad – while a bouquet doesn’t just rile up the nurses.

Wimpie is upset by the death of an Eikehoffer, while Tracy and Conrad have a huge falling out regarding responsibility. Annelize is caught off guard by a fair share of news, and Tertius realises why Gaby struggles to speak about death.

Danny doesn’t think Tracy’s newest memory is so crazy as she thinks, and a few people think Petrus’ line of questioning is inappropriate.