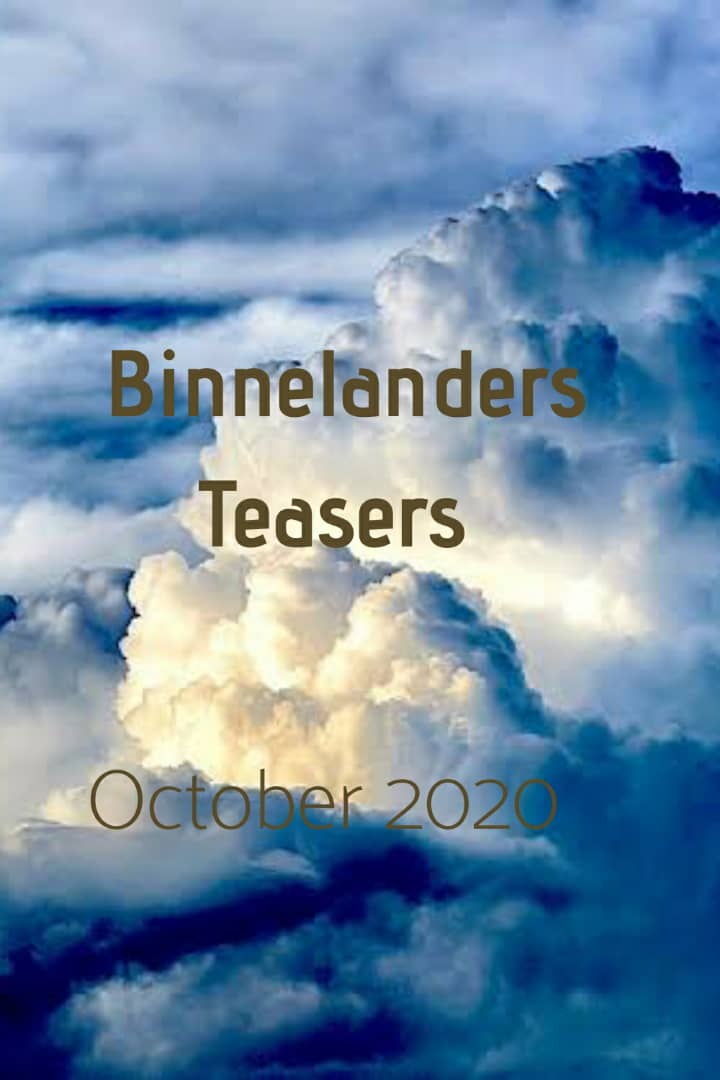 Danny and Brandon are concerned about Chanel, while Ingrid reaches out to At before he departs again. There is a huge problem with the computerized refrigerators, and Okkie shares a secret with Naomi.

New security measures doesn’t sit well with everyone, while Gigi starts feeling uncomfortable with what they are doing. Annelize’s suspicions lead her to Delia.

Rian decides that it is time to play dirty, while Naomi’s confrontation leads to a promise. Hard evidence is used to reach the goal faster, and Danny needs help with Chanel. Liezl has a difficult conversation with Okkie, while Gigi is given a new mission.

Delia is trying her hand at sleuthing, and the truth hurts more than what it mends.

A misunderstanding leads to a bigger fight, while Conrad asks Maya to keep Faf in the dark about what is going on at the hospital. Ian and Gigi want to warn their boss about what is potentially going on, and Danny is shocked in what Chanel has to say.

Liezl tries to clear the air with Ilse, while Steve has advice for Brandon regarding his daughter. Tracy is shocked by further threats.

Louis’ reaction on Tracy’s relationship makes her feel guilty, while Ilse and Okkie are extremely frustrated with one another. Faf starts becoming aware of how Mike Dykstra is handled, and Tertius decides to celebrate his new found status.

Danny has to share news with his friends, and Delia is unsure if she can support Rian’s plan.

Tracy takes Delia’s challenge to heart, while Faf places Maya in an uncomfortable position. Chanel has an honest conversation with Brandon, and Tertius has a new housemate. Gigi gets upset by their boss’s new assignment, while Elana inspires Danny with a new plan.

Maya is stunned by Tetius’s news, and Faf receives a strange message. Danny shares his idea with Brandon, while the hackers’s boss is revealed. Conrad becomes suspicious about the recent attack on Binneland Clinic, and Brandon words his concerns regarding Danny’s plan.

Annelize realizes that something is wrong with Mike.

Naomi is shocked after a discussion with Annelize and Conrad, and Tertius introduces Wimpie to a whole new world. Delia is getting frustrated about a business opportunity, while Brandon lets the cat out of the bag.

Stubborness is not just evident in Tertius’s flat, and Faf realises that At doesn’t necessarily know what is going on at Binneland Clinic.

Tertius has more bad news for Danny, while Maya tries to get information from her father. Conrad struggles to get hold of At, and Chanel shares her pain with her father. Faf starts to doubt his own plans, while questions puts someone on Annelize’s radar.

Tracy wants to make sure that Delia and Rian will leave her alone now – and is unsure about how to tell Conrad what she knows.

Mike Dykstra wants to sue Binneland Clinic, and Annelize’s plan with Rian brings her to new insights – and Gigi comes to hear of it. Brandon’s words are ironic to Danny, and Tertius realises that Wimpie made a breakthrough. The wolf in sheep’s clothing is saught in the herd.

Steve offers Danny a place to stay, and At explains what is expected of him. Wimpie is not the only one that thinks Tertius is living a boring life, while Annelize moves closer to the truth. Faf has sympathy with At’s dilemma, and Ian probably has all the answers in his hand.

Wimpie is very sly, and Rian’s plan with Tracy catches her off guard. Faf makes his prerequisites known to do business with Binneland Clinic, while Danny wraps Ruan and Vicky around his little finger. Annelize’s suspicions keep her very alert – and then she makes an upsetting discovery.

Delia surprises Rian with her actions, and Danny tries to get information from Naomi. Annelize knows how to make herself heard, while Tertius is getting frustrated with Wimpie. Steve realizes there is growing tension between Elana and their visitor, and Ian spills the beans.

Tertius is starting to suspect that Wimpie is taking him for a fool, and Chanel discusses Danny with Naomi. Tracy is unsure what to do with the information that she got, while Annelize decides that the best solution for the problem is to invent a scapegoat.

Faf is worried when Xavier contacts Conrad. Annelize is definitely not going to negotiate when her future is on the line.

Steve’s talk with Danny doesn’t have the desired outcome. Conrad shares shocking news, and in spite of the news Tracy is still worried about the business deal. Rita Nortier shows up at Binneland Clinic, and Chanel decides that it is time to have a very honest conversation with Danny.

Wimpie’s plan leaves Tertius and Maya speechless, while Annelize realises that she might have made a deal with the devil.

Conrad can’t believe what he hears, and Wimpie tries to tell Tertius his side of the story. Ian makes sure that his information is worth every cent, while Rita saves Hugo from an uncomfortable situation. Elana tries to get through to Danny, and Conrad is on the war path.

Elana feels that eventually they found a comfortable rhythm in the house, and Annelize gets confirmation about upsetting news. Chanel is thinking about moving to another department, while Rita has an unpleasant experience with Annelize.

Elana realises that being a mother has its own challenges, and Julia derives her own conclusions regarding Hugo. Rita is a very nosey nurse and has many questions about everyone’s life. Everyone is looking for Esra, while Conrad makes an interesting discovery regarding Jonas.

Julia and Danny have a mutual patient, and Conrad tries to calm Annelize and Louis’ fears. Steve and Elana think they know what is wrong with Ruan, while Louis thinks Chanel is off her rocker. Plans need to be revised after a setback – and Annelize becomes the target!

Rita is warned to work a bit more cautiously, while Chanel and Danny are forced to work together during a crisis. Ruan’s day at school didn’t go well, and Tertius takes Conrad on regarding Annelize. Maya tries to explain to Danny why Andrea might be the right medicine for Chanel at present.

A desperate plan is discussed, and Esra has a prerequisite for his information. Danny asks Naomi to take over from Chanel, while Conrad comes up with a plan to catch Jonas. Ruan is very enthusiastic about a new activity, and Tertius gives Annelize a remedy for her fears.

Esra’s appointment is met with resistance, and Danny asks Tertius for help with Chanel. Elana asks Steve to have a talk with Ruan about his newest interest – and then the truth is revealed.

Young love excites Steve and Elana, while Esra realises that he is scrutinized every second of the day. Chanel thinks Danny’s newest extra mural activity is weird, and Rita knows exactly how to put her plan into motion.