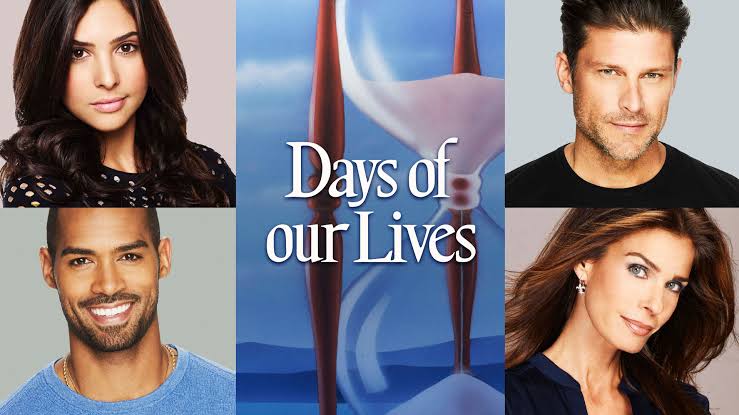 Bonnie drops a bombshell on Lucas by telling him that they made a baby. Will prepares to tell Paul that he is leaving Paul for Sonny, but they are interrupted by Kayla, who has news…

Belle explains to Eric about Marlena’s advance directive. Later, Belle resolves to bring the document to the attention of the hospital staff.

Bonnie surprises Lucas with his daughter and asks for his help in getting out of prison. Belle, with Eric’s support, informs John about Marlena’s advance directive, that states she doesn’t want extraordinary measures to keep her alive. John wants Belle to sweep it under the rug.

Jennifer confides in Kayla that she feels awful about not telling Eric the truth about Nicole. Kayla gives Paul the grim news about his recovery.

Roman tries to rally Paul, who is thankful he has Will by his side. Meanwhile, Will and Sonny are determined to be there for Paul, even if it means keeping the truth from him.

John confides in Roman that he hopes Belle will rethink her determination to follow Marlena’s wishes. Roman speaks with Kayla about Marlena and Steve.

Sonny tells Will he can’t leave Paul at a time like this. Brady apologizes to Eve again for her walking in on him with Kristen. Jennifer comforts Eric regarding Marlena.

John and Belle have a tense argument about Marlena. John then enlists Justin’s help. Rafe informs Sami that Marlena is in a coma.

Eric informs Sami about Belle alerting the hospital to Marlena’s wishes. Claire manipulates Tripp into spending time with her and also plants doubts about Ciara and Ben.

Days Of Our Lives Teasers for September 2020

Ciara questions Ben and he tries to blame Hope for his incarceration while Shawn learns from Tripp about Hope arresting Ben.

Meanwhile, Hope questions Rafe about Sami’s whereabouts, and the tension grows. Marlena is extubated, and “miraculously” comes back to life.

Belle tells Shawn her mother made a miraculous recovery. John, Roman and Kayla continue their plan. Hope and Rafe argue over Rafe’s decision to sneak Sami over to the hospital to say goodbye to her dying mother. Ciara walks in on Tripp and Claire kissing.

Lucas awaits the results of the paternity test and confides in Kayla as Chloe drops in on Bonnie and cautions her not to hurt Lucas again. Abigail tells JJ that she is convinced that Gabi isn’t out to wreck her and Chad’s chance at reconciliation… just as Gabi tries to sabotage Chad and Abigail’s family picnic.

Gabi works out a mysterious plan. However, she’s interrupted by a text from Kate. Gabi then meets up with Kate, and shares what she’s done… and what’s next.

Belle visits “Marlena”. Roman finds John and Kayla – they have a problem. Eve visits Jennifer in a last-ditch attempt to persuade her not to tell Eric the truth about Nicole.

Lucas goes to Adrienne and asks her to drop the charges against Bonnie. Chloe seeks advice from Brady about the Bonnie situation.

Eve’s feeling confident that Brady will never find out that she’s the reason he lost Tate. Brady is upset when Theresa calls and reveals she’s going to keep Tate in California.

Jennifer finally reveals to Eric that Nicole was blackmailed into breaking up with him because she killed Deimos.

Hattie, pretending to be Marlena, pressures John to marry her and appeals to Belle to make it happen. Hope checks up on Ciara to see how she’s handling the fact Ben tried to burn her to death.

Kayla comes to Jennifer’s rescue, and learns that she told Eric the truth. Eric confronts Brady about what he did to Nicole. Eve is inwardly panicked.

Will sticks to his and Sonny’s plan for him to stand by Paul. Sonny hears the latest about the Lucas and Bonnie situation from Adrienne.

As Stefan tells Kristen that he sees no reason to continue hiding her out in the tunnels, Sami presses Justin to get her bailed out so she can find Kristen and get answers on EJ. Eve confesses while Eric arrives to ask Maggie for help.

Eli pays a visit to Maggie and Victor to make sure Susan isn’t Kristen in disguise.

Eve confesses to Brady. Eric asks Maggie to help him find Nicole while Jennifer tells JJ she told Eric a huge lie and might lose him.

Abigail passes out and Gabi uses Abigail’s phone to send a text to Stefan. Chad confides in Kate about how Abigail fell asleep and missed their picnic. Kate later tells Gabi she’s on her side…

Kristen bursts into Marlena’s hospital room, ready to finish the job of killing her. Roman encourages John to go ahead and marry Hattie.

With Belle and Abe as witnesses, the wedding begins. Sami briefly interrupts. Stefan is shocked to discover Sami in the secret room.

As Belle watches, Abe finishes the wedding ceremony for John and “Marlena”. Hattie enjoys the moment as John squirms.

Kristen has found Marlena. Sami presses Stefan to reveal what Kristen told him about EJ. Rafe and Hope reel after learning the evidence against Ben was planted.

Sami challenges the wisdom of Will staying with Paul out of duty when he would rather revisit his love with Sonny. M

Marlena is awake, and John fills her in on what’s happened. Marlena remembers something significant about the shooting.

Sami is upset when she figures out Hattie is impersonating her mother and Kayla refuses to tell her where her mother is. Later, Sami is arrested by Eli.

Kristen shows up at Brady’s room and tries to convince him to run away with her. When Chad shows up to take Abigail and Thomas on a picnic, Abigail cancels.

Gabi lets Chad drag it out of her why Stefan believes “Gabby” is back. Eric asks Chloe for help finding Nicole while Victor admits to Maggie that Nicole killed Deimos.

Roman throws in his lot with Kate. Bonnie sends Lucas on an accidental wild goose chase.

Eric tracks Nicole down, and he tells her that they can finally be together, but Nicole tells him he’ll never let her go.

Mimi is not happy Bonnie’s scam seems to be lingering. Lucas bonds with Baby Bonnie while Chloe is wary.

Marlena struggles to remember more about the shooter. Sami has an emotional reunion with her mother. John has an idea of how to figure out who the shooter is and goes to Abe for help.

Sheila surprises Eli, but then gets a surprise from Abe when he tows her car.