Isibaya is set on the backdrop of the taxi industry, with two young lovers who are torn apart by a century-old feud between two powerful families. Isibaya is now in its sixth season. 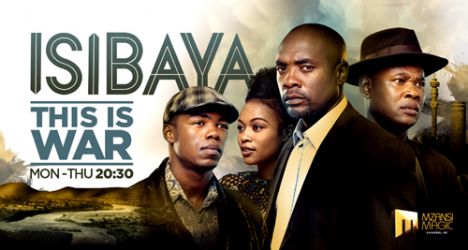 Will the sophisticated and dashing advocate Fenyang (played by Aubrey Poo) be the answer to the wives’ prayers? Beauty and Judas get caught in a lie and the Ndlovu family ponder a traditional wedding without a groom.

Qaphela receives a tragic and unexpected gift. Khanyi makes an interesting proposal that doesn’t suit everyone, while Phumelele spills the beans about Fenyang.

Khanyi stands up for what she thinks Ntwenhle deserves. Qaphela has a heart-warming idea. Phumelele reaches out for the good of her husband.

Ntwenhle is feeling low and crushed by the proceedings. Phumelele decides how far she’s prepared to go for the sake of her husband and family. Qaphela starts turning his anger and pain against the world.

Beauty is haunted by nightmares and Judas can’t help her. Mandla is too late to stop his disappointed daughter from making a heart-breaking decision. Phumelele surprises Fenyang.

Mandla and Khanyi realise the extent of Ntwenhle’s unhappiness. Sibongile and Siphokazi are pleased when Phumelele and Cebisile stick their necks out for Mpiyakhe.

Everyone tries talking to Qaphela, only to alienate him more. Fenyang meets Mkabayi and Mpiyakhe.

Fenyang’s personal problems intrude on his professional life. Beauty gets a surprise visit at the B&B, while Ntwenhle embraces her old ‘hood’.

Judas gets paranoid when Jerry searches the surveillance footage. Fenyang starts milking the Zungu money machine as Ntwenhle gets deeper into her old ways with her old friend Nikiwe.

Fenyang wins a minor victory in court, but reveals his personal failings in his marriage. Ntwenhle gets herself into trouble as S’bu and Mandla arrive in Lamontville.

Qaphela hatches a plan to exact his revenge. Mkabayi realises that she’s not completely free.

Judas, unable to reach his son, decides to throw money at the problem. Mkabayi hates her ‘ankle bracelet’. Fenyang upsets the Zungus when he starts digging further.

Mkabayi outfoxes Chonco, but her freedom comes at the price of someone else’s. The Zungu wives are struggling to free up enough money for Fenyang’s fees.

Judas goes to KZN and Qaphela uses his absence to set up his revenge plan. Mkabayi’s freedom is put in jeopardy. Fenyang finds holes in the Zungu story of what took place the day Shoes was shot.

The family enjoys a celebratory meal. Everything seems to be going according to plan for Qaphela, until Jerry puts his foot in it. Meanwhile, Mkabayi would rather go on the run than return to jail.

Failure is averted by Qaphela’s quick thinking, but this ends up spelling disaster for another family member. Siphokazi lays down the law for Mkabayi. Sibongile relives the trauma of her kidnapping when Fenyang questions her.

Qaphela enjoys watching his father come apart at the seams. Wedding plans are under way. Mandla hatches a plan with Dabula. Jabu asks if Mabuyi would be willing to come to Johannesburg to record some music.

Jerry almost stumbles on the truth. Cebisile puts her career in jeopardy when she decides to conspire with a witness. Mandla and Dabula put their plan into action.

Qaphela’s secret begins to unravel, with a shocking development. Fezile and Cebisile plot to keep Fenyana from discovering the truth.

Isibaya airs on Mzansi Magic from Mondays to Fridays at 20h30.