Dr Petrus Molemela Stadium is a multi-purpose stadium in Bloemfontein, South Africa, that was formerly known as Seisa Ramabodu Stadium.

It is mostly used for football matches, and after being refurbished in 2008 and brought up to FIFA standards, it was used as a training field for teams competing in the 2010 FIFA World Cup. 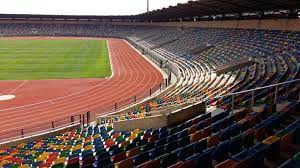 Bloemfontein Celtic play in this stadium and the Free State Stadium, which is also their home stadium. The stadium’s capacity was increased from 18,000 to 22,000 people during three-year renovations that ended in 2015.