Elvis Nkosi (born 1 August 1999) is a South African actor, singer and model known for his role as Mahlatshe Ledwaba in the SABC2 telenovela Giyani: Land of Blood. 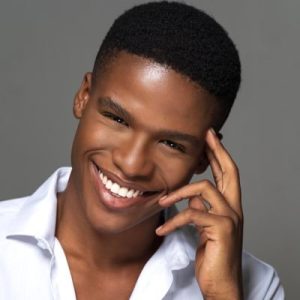 He was born on the 1st of August 1999 in Mamelodi, Pretoria, South Africa. As of 2021, he is 22 years old and celebrates his birthday on August 1st every year.

His English teacher in Grade 6 introduced him to acting, which he pursued at Phateng Secondary School.

Elvis began modeling at the age of 15 after being discovered by a local designer, and he was quickly signed to his first modeling and acting agents.

He also spent a few years in high school as a member of the UNICEF-founded Children’s Radio Foundation and studied for a Bachelor of Information Science in Multimedia degree at the University of Pretoria.

Elvis rose to prominence after being cast in the recurring role of Mahlatshe Ledwaba in the second season of the SABC2 telenovela Giyani: Land of Blood.

His first appearance in the role was in the premiere episode of the second season, which aired on November 1, 2021.

Elvis was soon cast in another recurring role, this time as Mongezi “Mo” Khambule in the SABC1 soap Generations: The Legacy.