We have compiled 10 interesting things we think you should know about Jessica Nkosi. Check them out below: 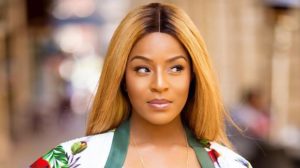 2. She is an actress and TV presenter.

3. Nkosi attended the University of KwaZulu-Natal.

4. She graduated in 2012 after bagging a Bachelor’s Degree in Drama and Performing Arts.

5. In 2013, Jessica Nkosi made her debut in her acting career with the role of Qondisile on the South African telenovela Isibaya.

6. Her father died from Hodgkin’s Lymphoma while she was in Grade 11.

8. In 2020, Jessica started her newfound role as Thando Sebata on the popular South African telenovela, The Queen.

10. She has appeared on variety shows such as MTV’s Lip Sync Battle Africa as a celebrity guest.

How to Buy Electricity With Nedbank USSD