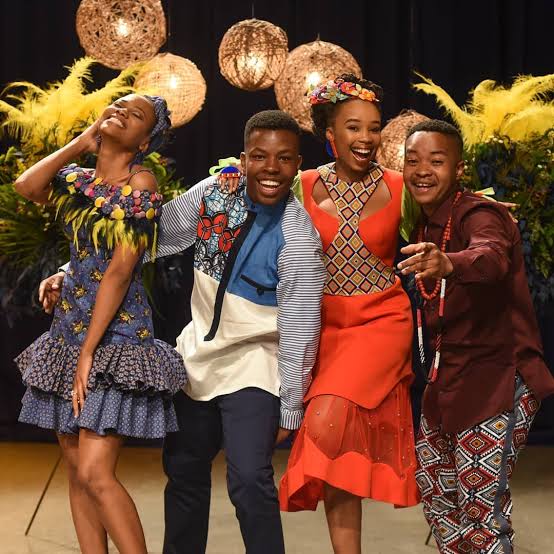 Ayanda is fired up when her man tells her to fight back. Siyanda thinks it’s time for them to set a trap. When you’re crazy, murder can seem like a perfect solution…

Tracy jumps at a chance to earn some extra income. Siyanda has to act fast or lots of people might get hurt. Luthando is determined to finish what she started.

What if asking for a criminal’s help is the only option you have? Ayanda isn’t ready to give up and goes over Tshidi’s head. Some people will do anything for love… even die for it.

Kgosi sees a text message that changes the game. Fikile is floored by who shows up at her door and even more so by what she has to say. Lesedi’s delight about a magazine article soon turns to horror.

Mbali breaks devastating news to Mrekza. The communards argue about who will be the bearer of bad news. Siyanda and Sphe are getting in deeper and deeper.

Jack keeps striking out. Does he have an ace up his sleeve? When people take a hit at you, you have one of two choices: take it lying down or hit back. What if trying to save the people you love makes you lose them instead?

Pele knows he’s taking the bait but does so anyway. Fikile will be damned if she allows someone to accuse her falsely. Lesedi has had enough. It’s time to take her power back!

A stalker shows he means business. Sphe receives an urgent call for help from prison. Tracy is devastated about what happens at her product party.

Siyanda has a horrifying suspicion he needs to check out. Nontle is disgusted by what her mother is doing. Tshidi hates it when her husband pulls rank.

Lesedi falls victim to exactly what she judged others for. Jack refuses to talk, unless it’s to the warden. Something is missing from Lucy’s life but what is it?

Fikile goes to Ayanda on a fishing expedition… Mavusana panics when he hears what Lev plans to do next. Tracy gets suspicious when her stock doesn’t add up.

If Siyanda won’t flee he’ll have to fight, maybe even sooner than expected… Kabisi isn’t ready to give up yet on fixing his fractured family. No way can Mbali just forgive and forget.

Russian mobsters are not the kind of people you want to mess with. Mazwi will have to swallow his pride to make his dream come true. Jack hates having to play nice with someone he despises.

Tshidi is like the cat that got the cream this morning… Lesedi refuses to acknowledge what’s literally staring her in the face. Fikile isn’t nearly as up and chuppy after Ayanda’s revelation.

Tracy makes a startling discovery in the early morning. Kabisi’s bad mood gets even worse when the phone won’t stop ringing. Pele receives a tip-off that changes the game.

Sphe asks Lucy to leave when she brings Mbali to tears. For once in his life, Jack isn’t sure what to do next. Luyolo demands answers but Lesedi’s too out of it to give him any.

Mpho gets called for a favour but isn’t sure he wants to do it. Fikile is floored by an unexpected offer from the Moroka leader. Nurse Betty thinks she’s hit on a scoop and quickly makes a call.

Siyanda is shocked to hear what his brother has to say. The new-found business partners are already butting heads. Sipho is always hungry for a juicy piece of gossip…

The downside of being a celebrity is you can’t even be sick in peace. Jack’s tip paid off. Now to get solid proof… Kabisi thinks it’s time to call in the Moroka elders.

Mbali chooses the worst time to give advice to a friend. Mavusana’s fishing expedition pays off when Lev reveals his plan. Tracy makes the grass look so much greener on the other side…

Pele is uneasy about making a deal with the devil. Lesedi successfully manages to guilt-trip a friend. After being embarrassed and humiliated, Tshidi is ready for war.