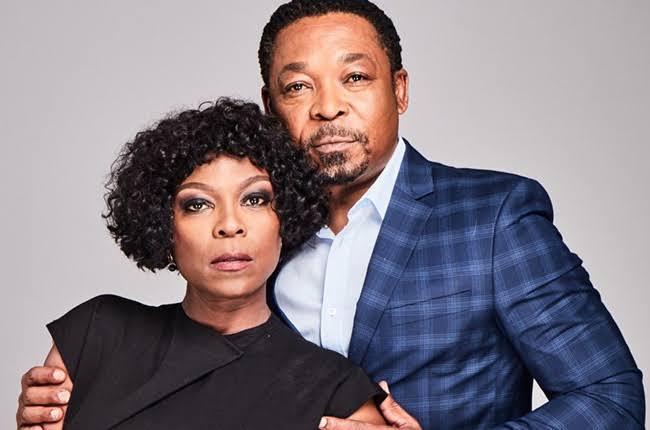 Zano thanks Tselane for her emotional support and the butterflies return. Laiken gets bust sleeping over at Nkosana’s after the funeral, and gets kicked out. Thandeka finds out about the new will and Pabi packs her bags, tired of fighting for her place in the Sandton house.

With Mfazwe excited about his new gig, Kitty looks forward to being on the VIP list. Cebile bonds with Prof as a father figure in her life.

Nolo spends the night with Pabi, but is confused when he is then left in the friend zone. Cebile finally leaves home to go deliver her baby with Patricia’s family in Bapong. Kitty takes out her singing frustrations on Mfazwe and doesn’t go to his gig.

Senzo’s mom struggles to bring the family together to cut their hair. Nolo comes to pay his last respects to Senzo’s ashes, but can’t bring himself to bond or mourn with the family.

Thandeka gets a lawyer to draft a fake will and forces Nkosana to forge Senzo’s signature, just as his mother discovers who Nolo really is. Vivienne is putting pressure on Laiken to speed up the process of breaking Nkosana’s heart, but she has already caught feelings and blocks her.

Nolo explains to Mfazwe why Kitty has been off with him, so he decides to make her the opening act, against everyone’s better judgement.

Senzo’s mother smells a rat at Thandeka’s fake reading of the will, so she does her own investigations. She goes hunting for his latest will with the lawyer. Prof confides in his brother that he wants to marry Patricia, and Thapelo councils him on how to go about it as a broke man.

Nolo is shocked to learn what was in Senzo’s last real will and Thandeka is devastated that she gets nothing.

Pabi and Nolo give in to their lust, and Nkosana wants to know where she slept last night. Thapelo offers to approach Patricia on Prof’s behalf but he is hesitant. Nolo regrets sleeping with Pabi so packs his bags but she is shattered when she gets a goodbye message from him.

Senzo’s mom learns that Pabi and Nolo used to also date and Zano proposes to Tselane in front of everyone in the tavern.

Nolo arrives in Qwaqwa and is determined to find the man who killed his mother. Kitty breaks up with Mfazwe over a voice note and he takes it out on Thapelo, as he comes to ask him for Patricia’s hand in marriage on behalf of Prof.

Pabi bids her farewell to the family for good and Moipone is forced to leave with her. Zano finally comes home and announces to the family that her and Tselane are officially engaged.

Likeledi stops Nolo from killing Ramatla and he is so spooked that he returns all of the cows that he once stole from them on the day that he killed her. Zano and Tselane day dream over their wedding plans and Senzo’s mother offers to pay for everything.

Thandeka decides to stop meddling in the family affairs and Buhle is worried. Nolo finally tells his family in Qwaqwa that he can actually see Likeledi and proves it to them.

As Nolo gears up to finally perform the outstanding rituals to release his mother’s spirit, it is clear that Likeledi is not ready, and she ghosts him. Moipone finds out that Pabi is pregnant. Thandeka apologises to both Zano and Tselane, and gives them her blessing for their upcoming wedding.

Viviene is losing her patience with Laiken for stalling on breaking Nkosana’s heart, and Zano asks him to walk her down the isle.

It’s the day of Tselane and Zano’s wedding and Tselane is devastated that her family refuses to come, just as Zano takes a moment to talk to her father’s ashes, and breaks the urn. Nolo heads up the mountain alone to talk to his ancestors to release Likeledi’s spirit.

Pabi and Thandeka gift the brides with their wedding rings, and the ceremony is a beautiful queer affair. Nkosana discovers the family secret and attacks Thandeka.

Nolo sleeps under the stars alone on the mountain, and Likeledi eventually appears to him – now finally ready to be released. Pabi drives to Qwaqwa to find Nolo and meets his family who aren’t happy to see her, so she hikes up the mountian to talk to Nolo herself.

Nkosana loses his mind as he learns the real reason why Laiken pretended to love him and ends up committing murder.

In this series finale, Nolo and Pabi return from the mountain, happy to have confirmation from Likeledi that they will be blessed with a son. Nolo finally performs the outsanding rituals to introduce his mom to the ancestors, as Thandeka ropes in the newly weds, because blood is thicker than water.

Zano and Tselane reluctantly help to clean up Nkosana’s deadly mess, while he drives to Qwaqwa to finish off Nolo.