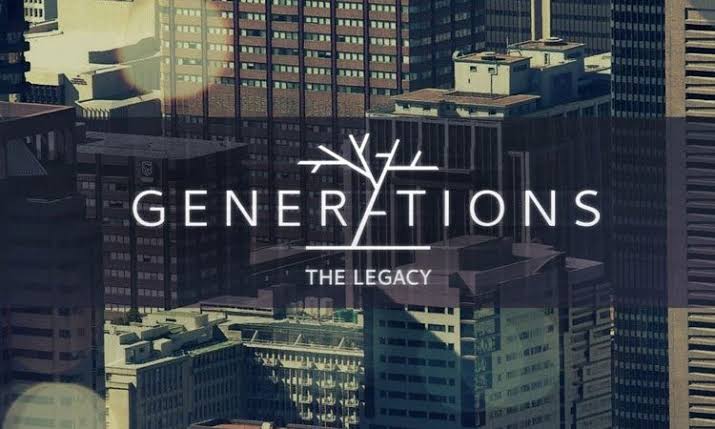 Tracy tells an impulsive lie to spite her ex. Kabisi hides the fact that he’s not feeling well. Seems the secret lovers are about to be caught in the act…

Will Luyolo end up paying dearly for his negligence? Crushing on a guy turns almost any girl into a bumbling idiot. Tshidi witnesses a ritual that makes her blood run cold…

Gadaffi overhears something in the living room and hurries off to check… Ayanda is horrified by what Fikile tells her over the phone. Nontle has a bee in her bonnet but Melo thinks it’s a bad idea.

The Diales are worried about the changes they see in Mbali. The test results are back but it’s not what anyone was expecting. Kabisi is shocked when Mpho calls him a hypocrite.

Pele insists he doesn’t believe in black magic… or does he? Sphe makes a decision which stuns Luyolo. Will Lucy’s frantic phone call be in time to save the day?

Tracy is shocked to hear what Moroka Media’s new big scoop is. Nontle and Melokuhle make their friend even more confused with their conflicting advice. Will Gogo Sisulu’s reaction give the game away?

The ladies are horrified to hear Gogo Sisulu’s solution to beating the dark queen. Mbali is desperate to go on her date but fate seems to be against her. A verbal altercation at the gym soon gets out of hand.

Pele is horrified to hear what Ayanda has done… Luyolo’s high after saving a man’s life is short-lived. The family are up in arms after Gog’Flo’s shock discovery.

The Diale men are stunned by who shows up at the shebeen and even more so by what he has to say. Mpho gives his friend an unwelcome reality check. Lucy deliberately scares the living daylights out of her daughter.

Sphe reaches out again but doesn’t get the response she hoped for. Mbali’s newfound paranoia ruins her date. Gadaffi witnesses an interaction and rushes out in a panic.

Tracy goes the extra mile to impress her ex. Tshidi is not about to let the negligent doctor carry on as if nothing happened. Ayanda realises too late something sinister is afoot…

If only Pele knew how close his beloved is to him… Instead of fixing things Sharma ends up making them worse. Cosmo has a favour to ask Fikile…

Mpho is left reeling in horror after what he overhears… Mbali’s excitement fades fast when she finds out what her first task is. Not everyone is happy when Sphe arrives at the celebration party.

Mia convinces her friend to put her cards on the table. Kabisi is furious when the ex Moroka makoti blackmails him. Tshidi looks on in helpless terror as her worst nightmare comes true…

Mbali is crushing and she’s got it bad. Tracy overhears something which instantly ruins her mood. Mrekza confronts Lucy who doesn’t think she did anything wrong.

Ayanda’s fed up with her man’s vendetta. Nontle doesn’t realise her rant is being caught on film… or does she? Saying you’re moving on and actually doing it are two very different things.

Mpho decides to follow up on the only lead he has… Pele is getting fed up with his woman and she with him. Luyolo decides it’s time to make peace.

Mbali takes her frustrations out on the wrong person. Cosmo thinks he’s being teased and launches himself at the perpetrator, unaware that he’s the real deal. Being haunted by one’s demons can be a harrowing experience.

Yster hears some inside info and quickly changes his tune. Lucy becomes her brother’s number one fan. Gadaffi and Konono don’t notice that someone is spying on them…

Zondiwe hears what Pele is doing and promptly bursts his bubble. A relationship make-up turns into a relationship break-up. Melokuhle’s off-hand comment strikes a chord with Nontle.

Ayanda realises she’s not the only woman in her man’s life. Mpho seems to be losing the plot. Mbali finds something she wasn’t supposed to…

The Queen Teasers for June 2021