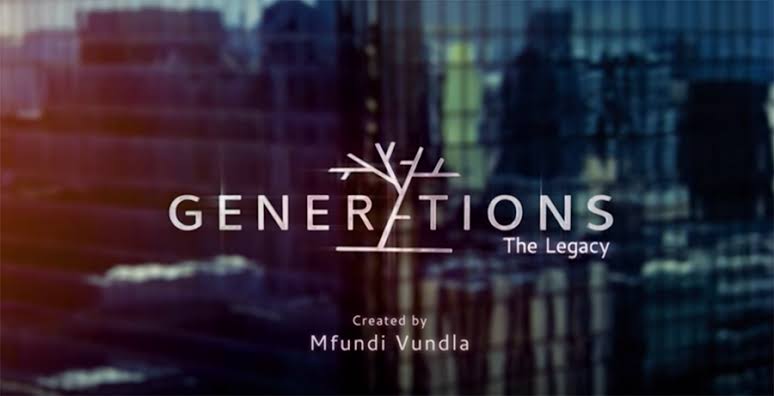 Siyanda vows to accept the consequences of his actions, whatever they may be. Tshidi gets her comeuppance for a change. A hostage drama unfolds at the police station…

Zondiwe receives unexpected houseguests. Kabisi is thrilled about what the Moroka heir is suggesting but will his wife feel the same? Tracy gets snubbed but is not giving up.

Mazwi’s good mood comes to an abrupt halt at his celebration party. Ayanda shares a secret she wasn’t supposed to. Lies have a way of catching up to you at the worst possible time…

Nontle overhears a conversation which sets her mind racing. Tshidi knows just how to play her husband. Jack is in for a few surprises today.

Gadaffi has an unbelievable proposal in mind. How do you find something if you don’t even know what you’re looking for? Zondiwe’s sleep is interrupted by disturbing noises in the night…

Mazwi thinks his CEO finally accepted defeat. He really should know better. Kabisi can’t understand why his mother-in-law is acting so strangely… Siyanda is not about to let big brother walk all over him.

Tshidi gets a phone call and has to hide the effect it has on her. Mpho puts two and two together and gets ten. Bruno has no idea his conversation is being recorded.

Kgosi wakes up from his coma and is shocked by what he’s told. Pele busts the wrong people at the wrong time for the wrong thing. If you’re going to follow someone you better make sure they don’t see you.

Luke might just have the perfect solution for Gadaffi. If Jack won’t listen to reason, Sphe will have to turn to someone else. Cosmo’s roped into doing something he doesn’t want to.

Tshidi wonders how much longer she can withstand temptation… Siyanda gets the call he’s been waiting for and jumps into action. Nkaba arrives at the Moroka house ready for war.

Mazwi gets bad news but doesn’t seem too bothered about it. Mrekza isn’t coping nearly as well as he pretends to be. Ayanda overhears something she wasn’t supposed to.

The Minister’s determined to get to the bottom of who set him up. Why would someone willingly cause themselves a heart attack? The celebratory vibe is ruined when Sharma arrives.

Shock and horror at the Mabaso house when Luzuko breaks the bad news. Lesedi is determined to prove the Diales wrong. It’s a bittersweet moment when two ex-lovers say goodbye for good.

Ayanda demands the truth and is shocked by what she hears. Will Mazwi betray the man he’s come to see as a friend? Mbali’s miserable but luckily Nontle has a plan.

Cosmo realises something is amiss at the shebeen. Tracy has information that could help solve a worrying mystery. Upset Mrekza makes a rash decision not realising someone is listening in…

In a moment of anger Mpho lets the cat out of the bag. Fikile the shebeen queen? That must be seen to be believed… Sphe walks in on a conversation and gets a bad feeling about it.

Tshidi takes great delight in seeing how well her poison worked. Being desperate is something Jack doesn’t know or like. Mazwi has had enough and stuns everyone with his actions.

Siyanda needs a game plan before taking on the Board. Mrekza gets a phone call and it’s not good news. The tables have turned on Jozi’s most notorious gangster…

The Russian mobster is finally getting his own back and is loving every minute of it. Kgosi is feeling the heat from all sides. Sphe is increasingly suspicious of what’s happening at the clinic.

Tshidi realises too late that she overplayed her hand. Mazwi takes full advantage of his friend’s bad mood. What to do when your best friend’s husband comes onto you…?

Pele is pulling out all the stops to get his man. Siyanda gets pushed a little too hard and too far. Cosmo gets his answer but it’s not what he wants to hear.

The brothers-in-law have a heated argument, unaware someone is listening in… Tracy is turning out to be worth her weight in gold. Lev is intrigued by Kgosi’s offer.

Lesedi is floored to hear why Tshidi wanted to see her. The Queen of Alex is not dead after all… Jack turns to the one man he knows he can trust.