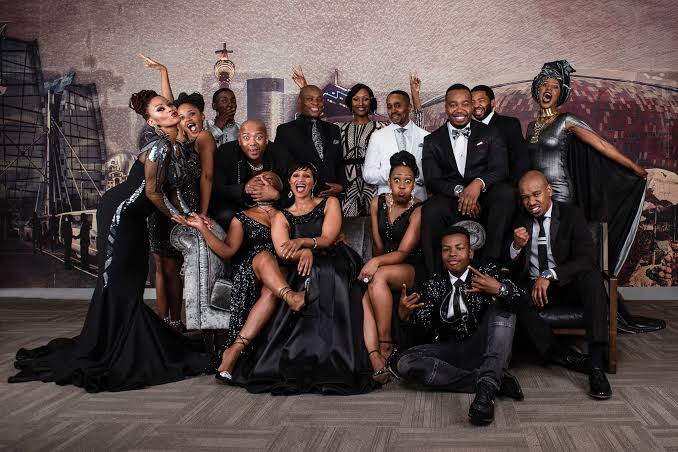 If you’re going to be dishonest, it’s best to destroy all evidence of it. Bonga gets good news but there’s also some bad news. A casual chat over drinks leaves Tracy rattled and upset.

A man walks into a police station to confess to shooting someone. The step-dads try to think of some worthwhile challenges for their charge. Sphe doesn’t know what to make of her father’s uncharacteristic behaviour.

Yster plays his part a little too well. Pele gate-crashes a celebration party. Nontle’s never been the type to back off when she’s told to.

Mbali is super excited about her idea but won’t reveal what it is. Furious Bonga resolves to take care of the ‘thief’. Gadaffi isn’t interested in what his caller has to say but quickly changes his mind.

Will Ayanda write off a friend for the sake of her principles? Jack receives news which leaves him reeling in shock. Cosmo is tasked with doing something he’s not comfortable with.

Tshidi has to hide the effect her ex has on her. Nontle ropes in a reluctant friend to lie for her. Gog’Flo is nervous about doing her first ever Tik Tok video.

Mbali is over the moon about a customer that doesn’t exist. Fikile is unnerved by the aggression in her son. Will the old woman at the nursing home reveal her secrets…?

Cosmo decides since all else failed it’s time to resort to bribery. Gert has the results of the DNA test while Baxolile has more to reveal. Gadaffi has a change of heart when he realises who his customer is.

Mazwi is furious about being left out of the loop. Bonga believes desperate times call for desperate measures… Mrekza’s lie comes back to bite him in the butt.

The youngsters want to get away for some R&R. Being stood up sucks. Unless something better comes along… or make that someone. Jack is starting to smell a rat…

Lesedi misinterprets an intimate moment between two friends. Nontle might be grounded, but she won’t let that mess with her plans. Kgosi is terrified by what Gadaffi wants him to do.

The bullet did serious damage and blood is pouring out. What are they going to do?! Two estranged exes share a moment.

Tshidi realises they might be the ones who are being played now. Fikile is increasingly stressed after hearing the words “blood test”. Tracy tries to force a moment but her friend is too clever for her…

Terrified Bonga has no choice but to come clean. Luyolo receives a surprise visitor who starts to interrogate him. Ben arrives at the apartment, guns blazing and ready for war.

Gadaffi isn’t fooled by his ex’s innocent act. Lesedi only has one afternoon to master her game. Ayanda is there to comfort Fikile.

Jack is determined to find out who’s playing him. An unexpected lecture hits Mpho hard. Not all of Cosmo’s customers are paying ones…

Tshidi is not happy when her plan unravels. Tracy pushes her match-making ploy up a notch. A detective gets a tip-off and decides to follow up on it.

Gadaffi is rattled but like hell will he show it. Sphe tries to hide her jealousy. First dates are the worst… or are they?

Tshidi will do whatever it takes to get the answers she needs. Our matchmaker got what she wanted so why isn’t she happy? A robbery at Siqalo gets out of hand fast…

Pele receives horrible news. Lesedi has decided that tonight’s the night! Some men should never be crossed. But even those men must sometimes bend…