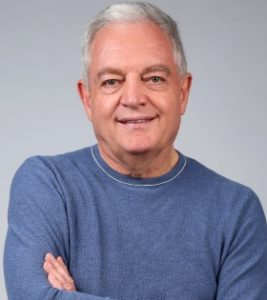 He has been writing for DEKAT since the publication’s inception in 1985, and his column Leon at the Movies is well-known.

He has also worked as a judge for a number of short film and film contests, is a member of the SAFTA jury that awards Golden Horns to the greatest local film talent, and contributes to a number of publications by writing about film.

In 2009, he worked for DEKAT on SABC3 as a presenter, scriptwriter, voice-over artist, and co-producer.

He is a newsreader and continuity presenter for RSG on SABC radio, as well as their primary cinema critic, and has written dozens of novels, television shows, and radio dramas.

In the Jan Scholtz thriller series Arsenaal, he played a news reader.

He has an estimated net worth of $150,000 which he has earned as a writer, journalist, presenter, actor and film critic.