The question is: how much will a shower or a bath cost in South Africa in 2022, given the dramatic spike in the prices of electricity over the previous decade?

The majority of South Africans are aware of the quickly rising price of energy (which has increased by 750 percent between 2007 and 2021), but they may not be aware that the price of water has also been rising significantly during the same period. 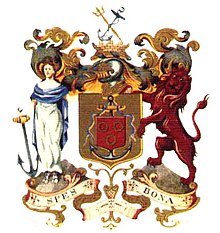 In reality, the extent of the hikes in water prices is on par with the scale of increases in power prices.

Because electricity and water used to be so inexpensive in South Africa, most people don’t think twice about taking a shower or a bath. But that is changing.

Eskom-driven electricity price increases are affecting Cape Town customers, according to the city.

When it came to Eskom’s recent price hike, the city was able to absorb as much of the additional cost without affecting service, according to the report.

Although the City has done its best, it is impossible to absorb the full impact of such huge increases. When a 13,48 percent rise in electricity costs was announced by the state, the city was obligated to comply. The City of Cape Town attributed this directly to Eskom’s price hikes.

It’s still more expensive in the City than any other city in South Africa, where the average price increase is 14.59 percent..”

Tariff revenue is used to fund the service’s operating expenses. “The City cannot provide services if it does not receive revenue from tariffs,” the document stated.

Refuting claims that Cape Town has the most costly tariffs in South Africa, the city issued a statement. “By no means. If you are supplied by Cape Town, including the fixed tariff component, you still receive more units than in Johannesburg, especially if you use less electricity,” despite the fact that all of these metros have different tariff bands and client bases.

For example, the corresponding monthly fixed rates for the City of Joburg are R768,21 (incl. VAT).

As a result, customers in Cape Town who use less electricity pay less per kWh, making it difficult to generalize about which metro is the most cost-effective.

Regardless of how much or how little one uses the service, the fixed price is a well-established feature of tariffs across the country, not only in Cape Town.

A service provider like the City can deliver reliable services because of this. In the power tariff, the City’s fixed price was approved a number of years ago. “It’s nothing new.”

Fixed charges are not considered a part of the tariff in Cape Town, according to City Hall.

The fixed component of the tariff means that even if you consume less in Cape Town, you’ll still get more units than you would in Joburg, despite the fact that it’s difficult to compare because each metro has different tariff bands and client bases.

Credit Control and Debt Collection Policy of the City states that deductions for municipal arrears through power purchases may be made if the debtor fails to contact the City for assistance and agree on a payment plan after numerous warnings and notifications.

When purchasing electricity, deductions only occur if the following conditions are met:

Despite warnings and notices, no payment arrangement has been made.

There is a payment plan in place, but it is not legal because the agreed-upon monthly payments are not being paid in full and the agreement is not being followed.

Payments are being made on an ad hoc basis, but there is no official agreement with the City.

Whenever an account is suspected of having a tampering charge from an earlier investigation, the charge will be taken from the electricity bill.

Customers in Cape Town will see the following on their utility bills from the City of Cape Town:

Tariffs and average rates must be adjusted at least once a year.

Customers will see a rise in their electricity bills as a result of Eskom’s 17.8% hike in municipal rates.

Due to increased space and additional geyser heating in the winter, electricity demand rises, resulting in a larger monthly bill.

As a result of more people staying home from work and school, household electricity consumption has increased, which translates to increased costs for the average Covid-19 household.