Most business especially privately-owned business is usually established with the purpose of making a profit. Profit is a function of the number of the product or service you sell as a firm, given the cost of production.

One of the popular ways in which firms have utilized to stimulate the demand for their product is Advertisement.  Advertising is a means of communication between the owner of a business and customers with the objective of increasing sales or stimulate demand. According to Kullabs.com, advertising is the sale message directed to mass on behalf of the paying sponsor.

The importance of advertising cannot be overemphasized as available data shows that spending on the advertisement has been on the increase. According to Statista.com, It is estimated that advertising spending worldwide will surpass 560 billion U.S. dollars in 2019, representing a growth of roughly four per cent compared with the previous year.

Similarly, in Africa, there has been an upward trend in expenditure in an advertisement. For example, in 2018, the entire advertising market in South Africa was estimated to be worth 36.6 billion South African rands (approximately 2.5 billion U.S. dollars).

There are the different medium of advertisements through which firms can pass their message to their customers or potential customers. Some of these mediums include:

According to The Digital Media and Marketing Association, internet usage in South Africa has boomed since 2003, when only 15,000 users had broadband service.

In 2008, over 1 million people used broadband internet. As of January 2019, as reported by statista.com, there 31.18 million internet users in South Africa, of which 28.99 million were mobile internet users

According to a six-month report conducted by the South African Advertising Research Foundation (SAARF), 87 per cent of South Africans make use of television. The importance of this medium in advertising cannot be overemphasized, given the fact that the medium accounts for the largest share in ad spending.

Although this is the most popular medium, projections show that in the next ten years, expenditure on this advertising medium will decline in South Africa.

According to brand South Africa, There is one radio set for every five South Africans: an estimated 10 million radios (and listeners many times that number) in a population of some 48 million. This fact highlights how popular this medium is amongst South Africans.

According to a six-month study conducted by the SAARF, more than 91 per cent of South Africans across the country reported listening to community radio in a seven-day period. If the above figure is broken down according to the same report, listening levels are even higher in metropolitan areas (92.8 per cent) and cities (94 per cent).

The study also found out that 41 per cent of metropolitan area dwellers read a daily paper and 66 per cent read a monthly newspaper.

In case you are new to this concept, this is another important platform for advertising your product or service. The B2B is a sale of your product to another business rather than the consumer.

It is an online market place. Examples of B2B market places include Alibaba, eWorldTrade, ThomasNet amongst others. The importance of this platform is reflected in its ad spending. According to data published on statista.com, the B2B was the fourth-highest when it comes to ad spending. 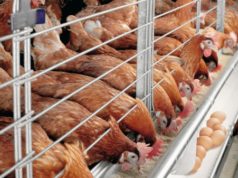 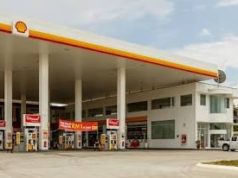 Guide on How To Start Petrol Station in South Africa 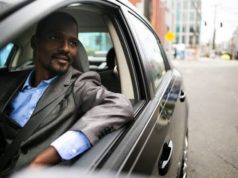