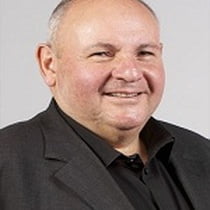 Michael Bagraim is a graduate of Rhodes University where he earned his BA in Political Science and his LLB. He was admitted as an advocate in 1982 and as an attorney in 1986.

He found his passion within the field of Labour Law and has been practising in that area exclusively since 1986. In this capacity, he has become an acknowledged leader in this precarious field of the law.

He has been the litigant on numerous ground-breaking legal disputes and lectures at various institutions on Workplace Management and Labour Legislation.

Michael opened Michael Bagraim & Associates in (date) as a niche group of attorneys offering specialist services in the field of Labour Law. As such, he has built up an impressive clientele and a reputation for being the ‘go to’ man on issues pertaining to Labour Law.

He is the official legal advisor for the Trade Union Directory and is a former member of the Department of Trade and Industry Task Team that was responsible for assessing labour legislation and the development thereof.

He currently advises nationwide corporations on the restructuring and management of their labour forces.

​​​How to Claim UIF Unemployment Benefits