Mphowabadimo BBMzansi (born 1994 in Daveyton) whose real name is Michelle Mvundla is a South African Sangoma, a traditional healer/diviner who is one of the housemates in The Big Brother Mzansi Season 3. 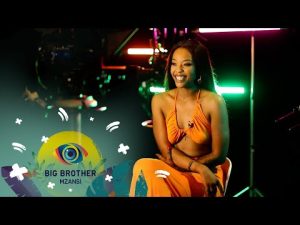 Michelle is a 27-year-old sangoma from Daveyton. She has soft, laidback energy, and she describes herself as outgoing and kind but with “zero tolerance for nonsense”.

She is a doting mum who is also a spiritual person whose healing of others is both her passion and calling. She is a nurturer, and she loves cheering people up when they’re not feeling their best.

She has an estimated net worth of $50,000 which she has earned as a Sangoma, a traditional healer/ diviner.