Nadja Brand (born 22 December 1975) is a South African-born actress and producer, most famously known for her leading role in Broken. 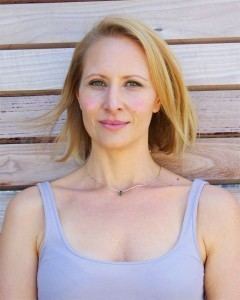 She was born on the 22nd of December 1975 in Johannesburg, South Africa. As of 2020, she is 45 years old and celebrates her birthday on December 26th every year.

In 2001, Brand married director Adam Mason and relocated to the United Kingdom. In 2006, the couple divorced. She has a child from a previous relationship.

Brand was born in Johannesburg, South Africa, and went to Cape Town, South Africa, in 1998 to finish her acting training. She went to the United Kingdom after marrying director Adam Mason, where she founded her own production company, Paranoid Celluloid, in 2001.

She has starred in four feature films that have been released abroad. In addition, she has produced five feature films, 65 music videos, and four short films. Arno Carstens’ Battlestar Galactica was her most recent role.

How To Know Who Called Me South Africa