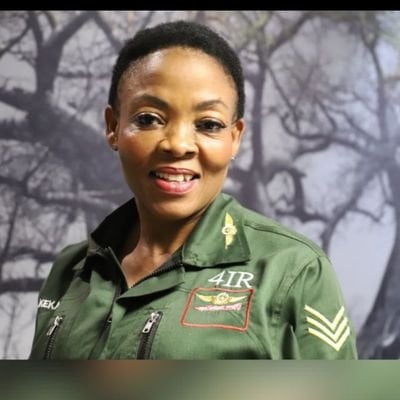 Ms Pinky Kekana was born in Bela-Bela. Bela-Bela is a town in the Limpopo Province of South Africa.

Kekana has completed a Bachelor of Arts Degree (specializing in Education and teaching).

Kekana’s experience as a secondary school teacher fuelled her passion for education and South African’s young people. She is committed to improving opportunities for young South African’s, from all walks of life.

Kekana was elected to the Provincial legislature in 1999 and was re-elected in 2009. She has served as the Executive Mayor of Waterberg District and a MEC for Roads and Transport as well as a MEC for Economic Development, Environment and Tourism.

In 2015, she was elected in African National Congress Women’s League National Executive Committee and was subsequently deployed to be the Secretary-General of the Pan African Women Organisation (“PAWO”).

In her capacity as Secretary-General of PAWO, Kekana is committed to ensuring that all African women, particularly girl children are empowered.

She currently serves as the Deputy Minister of Communications and as someone from a rural town, Kekana understands and recognizes the vital importance of bridging the Digital divide between people living, working and travelling in regional and remote parts of the country and those in metropolitan cities.

Our society is rapidly moving towards using cutting edge technology and more people are getting access to the internet year-on-year.

Kekana believes that rural South Africans should have access to 21st-century communications to run their businesses, complete their studies and connect with family and friends.

Today I am attending the Forbes Woman Africa Leading Women Summit taking place at the Durban ICC Centre. The summit aims to bring together leading women in a space that will allow for robust engagement and as well as foster learning. I will be participating in a panel titled “The Ceiling-Crashers 2.0: Power with Purpose”.