We took a keen look into the sports world of South Africa to discover by ourselves the top 5 most popular sports amongst South Africans, and these are our findings.

Sports are one of the most popular things in the world, and from the World Cup to the Olympics, sports are well known to be capable of bringing the world to a standstill.

Sports unite people of various cultures and backgrounds in a passion for their teams that is unexplainable.

Whether you’re a soccer fan, a basketball fan, a cricket fan or even a golf fan, the facts show that more people watch sports in the world than people who don’t, and it is not only one of the highest paying professions in the world, it is also one of the most preferred means of leisure. 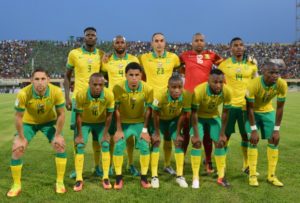 Most Popular Sports in South Africa

The South African national soccer team has been nicknamed Bafana Bafana and receives a lot of love from South Africans.

Soccer is so popular that statistics from a survey conducted by DCMN shows that South Africans were the second-highest viewers of the 2018 World Cup, tying with Britain at 86% and beat only by Germany at 91%.

South Africa hosted the 2010 FIFA World Cup and is one of the founding members of the Confederation of African Football.

In 1995, South Africa hosted the Rugby World Cup as the first African country to do so, where its national team; the Springboks performed excellently and went ahead to win the 2007 World Cup as well.

Cricket is another very popular sport in South Africa, and is traditionally popular amongst the white British diaspora and the Indian South African communities, though its keenly followed by South Africans of all races.

The South African national cricket team is called The Proteas after South Africa’s national flower and has done the country proud severally, including being the first national team to be ranked number one in all three formats of the sport, back in 2012.

Though they have never made it past the semi-finals of the Cricket World Cup, ICC World T20 or ICC Champions Trophy tournaments, the national team still continues to win the hearts of South Africans and has maintained a lot of popularity.

Whether South Africa hosting the two largest individually-timed bike races in the world is an effect or a cause of the rising love for cycling in South Africa, is a discussion for another day. All we know is that there is an increasing appetite amongst South Africans for cycling.

The Cape Cycle Tour saw a whopping 35,000 entrants and was the first UCI Golden Bike series to take place put of Europe, which speaks to South Africa’s level of influence in the sport.

South Africans have also continued to prove themselves internationally, as in 2007, Robert Hunter who is a native of Johannesburg became the first South African to win a stage at the Tour De France, and in 2013, Daryl Impey became the first to wear the yellow jersey as a tour leader.

With major talents like Bobby Locke who won the British Open Tour four times in nine years in the 1950s and 60s, and Gary Player, the Black Knight who is one of the five players in modern times to win all four major in his career, down to players like Retief Goosen and Louis Oosthuizen, it is no surprise golf is so popular in South Africa.

Armed with one of the best golf courses in the world, it makes sense that South Africa can consistently train the type of talents that put her on the golf world map, and cement South Africa as a golf power.

So if you were wondering, these are the sports South Africans participate in, view and follow the most. Let us know which is your favourite.