Kenya is said to be the country with the largest economy in the whole of eastern Africa. The country also has a lot of wealthy people who have great names and achievements in various sectors of the economy.

However, of all the wealthy people in Kenya, we are listing the top 10 in the men category. 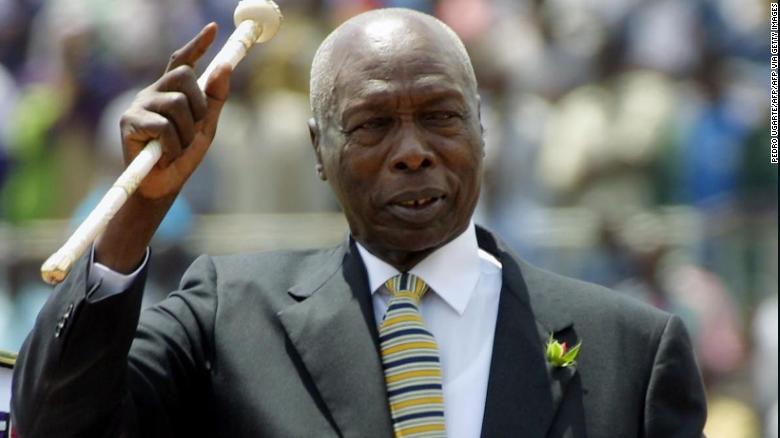 This family is known to be the wealthiest in the whole of Kenya. Daniel Arap Moi was a politician who was also the second president of Kenya.

The family owns different companies operating in almost all the industries in the country’s economy. All these put Moi and his family on the top spot on this list.

Number 2 on this list of top 10 richest men in Kenya is Bhimji Depar Shah. He founded the BIDCO Group of Companies which is a manufacturing conglomerate in Kenya.

The company has businesses in a lot of other African countries. This makes him one of the richest men in Kenya.

Naushad Merali is a businessman and industrialist. He is the founder of Kencell, which is a mobile service prodder, and Vivendi, which is a media company, both in Kenya. Naushad Merali is also the chairman of Sameer Group, a company in the agriculture, construction, IT, and finance sectors. He is currently the 3rd richest man in Kenya.

Taking the 4th spot on this list of richest men in Kenya is Uhuru Kenyatta. He is a former president of Kenya and he has had access to his father’s wealth even before his administrative tenure.

Chris Kirubi is a Kenyan businessman, philanthropist, and industrialist. He is the current chairman and largest shareholder in Centum Investment Company Limited.

He also owns Two Rivers Mall which is regarded as the largest in the east and central Africa. He is the 5th richest man in Kenya.

Number 6 on this list of Kenya’s richest men is Manu Chandaria. He owns the Comcraft Group of Companies which specializes in the production of steel, plastic, and aluminium products. The company has grown so big it operates in more than 10 African countries.

Atul Shah is the CEO and managing director of Nakumatt Holdings. The company is one of the largest privately-owned supermarkets in most parts of East Africa. This places Atul Shah on the number 7 on the list of richest men in Kenya.

Peter Kahara Munga sits on the 8th spot on this list. He is a businessman and entrepreneur. He is the group chairman of the Equity Bank Group which is one of the largest of its kind in Africa.

Raila Odinga is a politician and former prime minister of Kenya. He is popularly known among Kenyans as the Father of Modern Democracy. He is also one of the richest men in Kenya, sitting at number 9 on this list.

The last name on this list James Mwangi. He is a banker, businessman, and also the group managing director and group CEO of the Equity Group Holdings Limited. His family is considered one of the richest in the country.

Kenya has some of the richest men in Eastern Africa. These are names that have dominated their world for a long time now. Let’s hear your comments and thoughts in the comments section.