Check out YouTube’s most Subscribed, most popular and the best YouTube Channels & YouTubers in South Africa. The YouTube culture in South Africa is on a steady rise as more South Africans now have more access to data and are tuning onto the platform to watch the fun, new and engaging content. 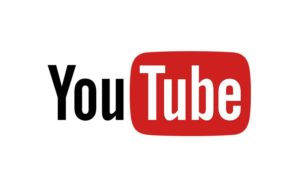 Casper Lee was born in London but grew in South Africa when his family moved to the country but he later returned to London. He is nevertheless considered to be one too and it seems that settles it.

He joined Youtube on November 10, 2011 uploading videos comprising different formats, from pranks and challenges to celebrity appearances. Cassper Lee has over 7 million subscribers and has gathered over 900 million views.

Die Antwoord is one of the top hip-hop groups in South Africa and slightly controversial too. The duo of Yolandi Visser and Ninja (real name Watkin Tudor Jones) have taken to YouTube to post their videos.

They joined Youtube on 20 January 2012 uploading their videos and audio tracks onto their channel. Die Antwoord has over 2 million subscribers and has gathered over 700 million views.

Trevor Noah is known as one of the top comedians in South Africa and even worldwide. He has a Youtube channel named “The Daily Show with Trevor Noah” which has over 4 million subscribers.

His personal YouTube account has over 1 million followers and was created on Oct 19, 2006, having over 50 million views.

This Youtube channel is dedicated to helping men lose weight, burn fat, get ripped and gain muscle, and is hosted by Peter Carvell. The channel has over 1 million followers and was created on August 7, 2006, having over 200 million views

This channel was created by Nadav Ossendryver for the main purpose of uploading only videos of wildlife sights from national parks across Africa. Subscribers are also welcome to submit their recorded sightings to make for diversity and to keep the channel functional

Nadav Ossendryver created the Youtube channel on January 5, 2011 uploading videos comprising wildlife sights from national parks across Africa. The channel has over a million subscribers and has gathered over 900 million total views.

Cobus Potgieter is a South African musician with a keen interest in drumming and an ardent lover of cheese according to his channel’s description. Most of his videos are about himself drumming while a few show his tours with bands as well as playing gigs.

He joined Youtube on August 1, 2006 uploading videos comprising himself drumming while a few show his tours with bands as well as playing gigs. Cobus Potgieter has over eight hundred thousand subscribers and has gathered over 200 million views.

The brain behind this youtube channel has actually been unknown since its creation. The channel is part of top ten youtube channels in South Africa, featuring clips around their gameplay on BeamNG.drive. The gameplay involves a lot of vehicle crashes which therefore reveals how it got its name.

Number eight on our list is Caitlin De Ville whose YouTube content consists of her electric violin cover of songs and vlogs about her life. She has performed in well over 25 countries and uses her channel to share clips of her performances while also using the platform to promote her music and brand.

Theodora Lee is an advice and lifestyle YouTuber turned podcast host. She is also the sister of popular YouTuber Caspar Lee and has also made her very own mark in YouTube content creation. Theodora posts broadcast videos with her brother but the clips uploaded on her own Youtube channel revolve around the physical, mental and spiritual wellness.