Africa is a continent blessed with rich men and women. The pitiful, pervading male child preference in some parts of the continent nonetheless, Africa is fraught with motivated women who are excelling in their chosen fields by defying unfavourable odds and are portraying Africa in good light all over the world.

The ten richest women in Africa listed below are those who have proven their worth and gone ahead to succeed and become an employer of labour through companies and ventures that they manage. They are women who have mastered and excelled at the art of investing. They are also major donors to charity. 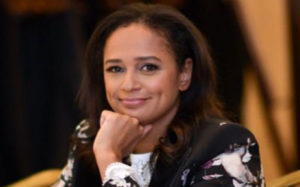 Conveniently topping the list of the richest women in Africa is Isabel Dos Santos. 44-year-old Isabel is the oldest daughter of the rich immediate past Angolan President José Eduardo dos Santos. She was born in Luanda, Angola and received her education from King’s College in London.

She is a member of the board of directors of several companies in Angola and Portugal including media companies and major banks in Portugal with interests in oil and diamonds. She also has shares in Angolan cement company Ciminvest and the Banco Africano de Investimentos. She was the first African woman to attain billionaire status.

Folorunsho Alakija is the second richest woman in Africa thanks to her business and other investments. She was ushered into the world in Lagos State, Nigeria, and she hasn’t altered her residence.

She is happily married with four children. Mrs. Alakija Folorunsho is the director of the Rose of Sharon Group and doubles as the executive vice chairwoman of Famfa Oil. She is also the chancellor of Osun State University. She is equally worth over a billion dollars.

Ngina Kenyatta, popularly called Mama Ngina, was married to her late husband, Jomo Kenyatta, for several years. She was originally born in Ngenda in the Kenya Colony in the early 1930s. Mama Ngina was Jomo’s fourth wife; many do not know that she was actually given as a “gift” from the Kikuyu to Kenyatta.

She got her nickname as “Mother of a Nation” from this marriage. She expanded her vast investments and holdings into a business. She now owns plantations, hotels, ranches, and many other properties. She still resides in Kenya. She is known to be reluctant about declaring her assets.

Haija Shagaya is also a Nigerian business-woman with holdings and several board memberships. Her business investment are mainly focused on real estate. She was born in her nation of residence, Nigeria, to mother who was a seamstress and a father who served as a public servant in her nation of birth.

She is a certified economist, earning her degree from Armstrong College in the United States. Shagaya worked as an auditor at the Central Bank of Nigeria. Now she is into commercial sales, introducing Nigeria to Konica, a brand of photography products.

Wendy Appelbaum is the richest South Africa woman on the list. She was the director of Liberty Investors, Ltd. Her vast experience in investments also stems from working in several other industries.

She was the deputy chair of Connection Group Holdings Ltd. After such a fruitful and successful background in finance and business, she became a philanthropist, helping others with her millions.

Appelbaum owns a profitable wine farm in South Africa. She is a close friend of the famous feminist and activist Gloria Steinem.

She is married to a wealthy husband, one who owns about 50 percent of the major South African grocery chain Pick ‘n’ Pay. The South African company has outlets in many African nations and has Ackerman acting as Executive Director.

Irene Charnley is the third South African on this list. She was born in 1960 in her home country. She was part of a trade union and one of the richest businesswomen in South Africa at present. She channeled that experience to the telecommunication sector. She became the director of MTN Group.

Bridget Radebe, one of the first African female mine operators in the continent, was born in South Africa. The 57-year old started out this successful line by first becoming a mine worker herself overcoming gender inequalities.

She also managed shaft mining operations and projects in the 1980s. She is the President of the SAMDA, a mining development program in South Africa. Quick fact: she is the older sister of South African billionaire Patrice Motsepe and married to South Africa Justice Minister Jeff Radebe. A wealthy family.

Sharon Wapnick inherited her father’s businesses, Premium Properties, and Octodec Investments. These companies are financial in nature, operating in the loan industry. She is the current chairwoman of Octodec.

Additionally, she is part of a commercial law firm, TWB Attorneys, where she is the partner. Sharon also has holdings in several businesses, including Pick N Pay Stores Ltd. and Netcare, Ltd.

Elisabeth Bradley, the woman whose father, Albert Wessels, brought Toyota to South Africa in 1961, is the last person on this list. Her source of wealth is from investments in companies and assets.

In 2008, Wesco Investments which was the holding company that she was the chairman of, sold its 25 percent stake in Toyota South Africa to Japan’s Toyota Motor Corp for $320 million, with Bradley pocketing at least $150 million.

While remaining as the chairman of Wesco Investments South Africa, she is also the vice-chairman of Toyota South Africa Limited, and a board member at blue-chip companies.

In conclusion, it could be seen that hard work and dedication paid off for these women immensely, as they have managed to build some of the most successful brand names and businesses in the world. So work hard. Won’t you?