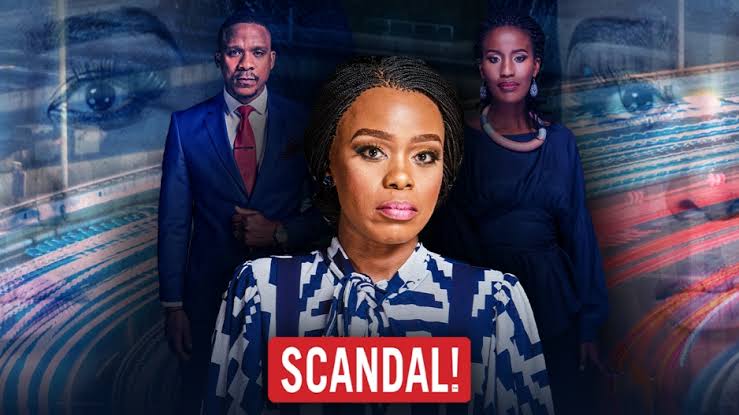 A slip up leads to a plot being set in motion to remove a love rival. The fallout of a betrayal leaves blood on the floor and a young girl in crisis. It’s judgement day for Dintle.

When charm does not work on Seipati, a man turns things up a notch or two. Boniswa is caught in a cold war between a father and daughter. Chumani makes an announcement which thrills one woman but leaves another gutted.

Seipati is faced with a frightening situation, but that is not the major cause of Tintswalo’s concern for her friend. Mamba is unhappy when a domestic situation attracts the attention of the press. Layla receives a snub which is disguised as an omission.

Seipati is manipulated into making a deal with the devil. An article pushes Aya over the edge. A hectic house-warming leads to some heated bed-breaking.

An abuser’s isolation game kicks up a notch and Seipati is thrown by a rejection. Boniswa plays one family member against another. It seems that Dintle may be in over her head and head over heels.

Bohang drips poison in someone’s ear and then frames someone else. Xolile hears something that makes her suspicious about Aya’s story. Dintle and Amo make some rules but Dintle has other ideas.

Bohang makes a bold move, and an innocent party is sacrificed. Aya offers an explanation which doesn’t ring true. Dintle realises that her situation is not as much fun as she thought it was.

Seipati is dismayed by some information about a friend and Bohang is not happy to discover that a member of his team is a stickler for protocol. Boniswa exploits her influence in order to manipulate matters to go her way. Dintle crosses a line she swore she would not.

Bohang Javas falls victim to a very coincidental crime and Tebello receives a disturbing insight. Mamba is blissfully unaware that an interrogator knows he’s lying. Amo is succumbing to a dangerous addiction.

Bohang overplays his hand and unwittingly helps Seipati make an alarming realisation. Simo tries his luck with Aya again and immediately regrets it. Dintle is surprised by her reaction to some unexpected news.

Seipati makes a series of discoveries that leave her feeling exceedingly trapped. Boniswa’s relationship with Aya forces Simo and Gorbachev to abandon caution. Hlengiwe asks a colleague for relationship advice.

Seipati risks everything to get out of a nightmare situation but only succeeds in making matters worse.  Mamba tries to control the situation with his daughter but someone else is one step ahead. Amo finds himself being accused by one woman and supported by another.

Bohang pulls rank when a potential saviour shows up. Vultures circle Boniswa and her survival instincts kick in. Amo fails to hide the one thing that could bust him.

Tebello tries to be a protector but Seipati believes there is only one way to save themselves. Boniswa reveals a daring plan in which she will play a major role. Suspicious Stokkies connects the dots and makes an accusation.

Tebello ignores his mother’s instruction and makes an extreme decision which could have dire consequences. While executing one daring plan, Boniswa hints at another. Layla witnesses an interaction which starts her wondering.

Lerumo returns to find more to deal with than he bargained for. Boniswa undergoes a ghostly transformation. Dintle discovers her secret is not as safe as she thought it was.

Seipati and Tebello are too afraid to speak out and Lerumo is forced to pursue an illegal solution. Xolile’s surprised to see someone she knows slightly, little realising it is actually someone she knows extremely well. Hlengiwe’s upset when Layla’s warning seems to be coming true.

A volatile situation is resolved but it is not enough to satisfy Lerumo. Boniswa uses all her powers to get closer to what she wants. Dintle thinks she knows the rules of the game but she has reckoned without her feelings.

In a match of claims to a crime, Neo teams up with Seipati to outsmart Lerumo. Down in the dumps Cee-Jay is rescued by an invitation. Adrenaline pumping from a near miss bust up, Amo makes a reflex proposal to Hlengiwe.

Lerumo fights against his father’s version of the ‘truth’ and implores someone he cares about deeply to support him. An intriguing new guy makes his presence felt in the commune. Stokkies and Chevonne find they’re not so compatible after all.