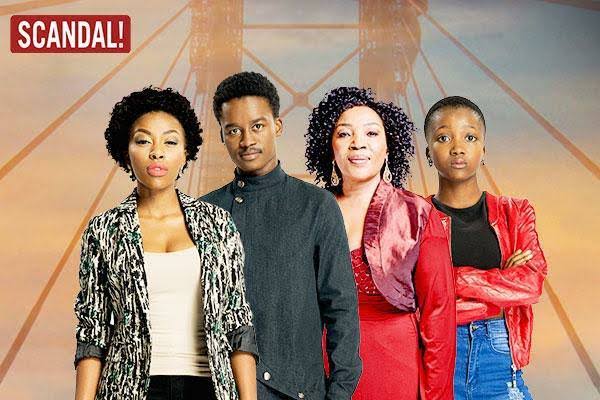 Simo and a colleague play the blame game and Duma receives a radical suggestion. There is good news at the Ngemas’ which calls for a celebration. Gloria and Rorisang suspect that all is not as it should be at the hotel.

Poloko is talked into agreeing to a plan which has Mamba fuming when he finds out about it. Lindiwe and Nhlamulo receive seriously alarming news. Timothy is badly thrown when he is questioned by a subordinate.

Mamba is blind-sided by the consequences of a challenge and a kiss that no one saw coming happens. Nhlamulo receives news he’s been dreading, but what will it mean for Lindiwe? Gloria’s inspired to move in an unexpected direction.

Mamba reels after an interaction that rocks his world and Poloko longs for closure. Nhlamulo hits a major obstacle and Lindiwe scrambles to try and save him. Disappointed Efua again turns to her knight in shining armour.

Mamba atones for past sins and drops a bombshell on Boniswa. Lindiwe has created only a temporary solution to a serious long term problem. Rorisang finds that more is expected of her than she bargained for.

Mamba withholds important information which could save a family member’s life. Zinzile suspects her daughter is two-timing a young man. A couple lives the soft life at the hotel while Timothy admits to catching feelings.

Boniswa makes a deadly pact with an unlikely ally and Aya receives shocking information. Zinzile stumbles on a startling find which is quickly explained. Gloria arrives at a decision in order to save her hustle.

Omphile’s suspicions grow and Lindiwe feels the pressure mounting. Boniswa saves the day in the nick of time. Gloria is on the up and up but Timothy lucks out.

Secrets and lies close in on Lindiwe when Zinzile receives some information. Aya is not dealing with receiving shocking news. Timothy comes clean about his feelings but is he being strung along?

Zinzile is caught red-handed for the wrong thing which forces her to reveal the truth. A family member’s decision has serious consequences for Duma. Rorisang starts to believe there is a ghost in the hotel.

Mlungisi takes serious action after learning that secrets are being kept from him. Boniswa feels all is lost until some valuable information comes her way. Rorisang makes a discovery which compromises Timothy.

Lindiwe is defiant about a celebration and weapons are drawn when a fight over Nhlamulo gets heated.  Boniswa suggests using the Mamba name as the answer to all problems. Rorisang ropes a ‘guest’ into a game of cat-and-mouse.

Mlungisi makes a morally questionable choice and a celebration is disrupted by a devastating occurrence. Mamba decides to take a drastic step that will affect everyone around him. Rorisang has to lie to a minor to protect herself.

The Ngemas are convinced that a terrible mistake has been made but subsequent events say otherwise. Mamba is taken aback when what he believes to be a generous offer doesn’t have the expected result. Rorisang’s recent behaviour is reported to someone in authority.

Desperate Mlungisi is left with only one appalling solution to a problem and Nhlamulo is confronted about his plan. Poloko confides something highly sensitive and deeply personal. Timothy busts some employees but has a bombshell dropped on him.

Zinzile is plagued by terrible fears for the future and Mlungisi takes a massive risk in order to save his family situation. Poloko seeks answers and guidance from beyond this world. Despite being deeply hurt, Timothy takes a gamble to help a loved one.

Mlungisi issues a serious warning and makes a discovery that confirms a suspicion and opens a can of worms. Mamba makes the decision to move forward from a rejection. Gloria and Timothy get a crash course in chaos management.

Zinzile extracts a promise but learns that nothing stays hidden forever. It doesn’t rain but it pours for Duma. The truth sets Timothy free.

The revelation of a secret defeats Mlungisi but it is not the worst discovery he makes. Simo arrives at a far reaching decision about his future. Tebello seems set to return to an old stomping ground.

Mlungisi attacks another man in a fit of rage and Zinzile apologises for being the cause of big family changes. Not everyone is happy when Mamba agrees to play a different tune. Seipati is encouraged to spoil herself a little at someone else’s expense.

Javas imparts some information which could have terrible consequences for a family over which a potentially devastating secret already hangs. Boniswa lies in order to agitate a possible ally into action.  Seipati learns that not all moms are nice.