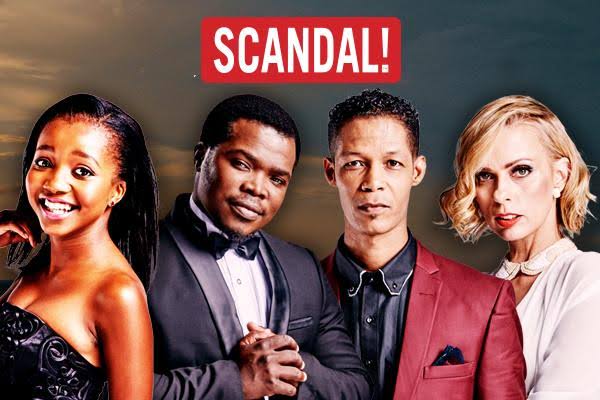 Mamba’s nemesis reveals who she really is. Kgosi’s mission to protect a friend gets some unexpected results. Gloria has a hard time convincing anyone that she is going through a midlife crisis.

Mamba’s rival reveals her secret motivation and he makes a mistake which could cost him. Lindiwe tries to sell her idea to Zinzile’s stokvel, oblivious to a shocking revelation. Gloria gets proactive about her future.

Mamba is certain that his follow up interview with Hlengiwe will restore his image. Lindiwe receives news that might disrupt her world but she chooses to ignore it. Gloria is on a high when she gets an idea that will change her life.

Mamba’s biggest critic has a miraculous change of heart and raises red flags for two suspicious bystanders. Tensions between Kgosi and Lindiwe reach an all-time high and the resolution promises even bigger fireworks. Gloria executes a diabolical plan to get on Izigigaba.

Gorbachev teams up with a rival to expose a traitor. Nhlamulo finds himself trapped in his own lie. A disappointment gives Gloria an opportunity to pitch an idea that could change her life forever.

Boniswa tries to prevent herself being caught out but the tables are turned on her. The carpet is pulled out from under Lindiwe’s feet but she refuses to believe it. Gloria has a new zest for life which is not necessarily good news for her colleagues.

Mamba is outraged by a betrayal but is then taken with a surprising solution to the problem. Lindiwe thinks all is lost on both financial and emotional levels. Gloria begins her hopeful journey to long-term success.

A reconciliation is proposed between family members, but will the peace offer be accepted? Zinzile asks for financial advice to make her dream a reality. Gloria discoverers that not everyone is rushing to get onboard with her latest idea.

Duma is confronted with a decision that could be life changing but also comes with uncertainty for his future. Lindiwe presents her parents with an expensive gift but one of their responses is not what she expected. A new woman on the block gives Gloria a run for her money.

Family members are back under the same roof – with very different intentions. Lindiwe gets a nasty shock when Kgosi catches up with her. Nervous Gloria kicks off her special night.

A poignant moment between father and son is used as ammunition on live TV. Nhlamulo gives a heartfelt closing argument about his ‘career’, but will Lindiwe be receptive? Gloria’s latest ambush of Dintle saves the day but crosses a line.

Poloko’s conflicted response to a situation causes a rift and Simo realises what is standing in his way. Lindiwe receives an ultimatum which could break her heart. Gloria decides to leverage the facilities at hand to her advantage.

Simo makes a strategic alliance and Duma battles his demons. Lindiwe struggles with her knowledge and makes a tough decision. Gloria promises a group of people the world but can she deliver?

Temptation is placed in the path of someone not strong enough to resist it. Cee-Jay becomes an unlikely confidante in matters of a breaking heart. Gloria hustles to deliver on her promises.

A sister’s sense of urgency intensifies a sibling dispute. A daughter’s broken heart stands in the way of a mother’s dream. Gloria pulls dodgy stunts behind Dintle’s back.

Mamba issues a task to a family member which Gorbachev doesn’t agree with and Aya is contacted by a friend with incredible news. Zinzile learns the truth is a bitter pill to swallow and Dintle out-hustles Gloria’s side hustle.

A son puts his morals on the line for his father’s respect. Lindiwe’s surprised by some advice on the Nhlamulo situation, but will she heed it? The ancestors are finally smiling on Gloria.

Aya makes an admission which pleases her father and Duma proves that the apple can fall very far from the tree. Nhlamulo makes a major sacrifice for love. Gloria proves that she is made for the red carpet, big lights and cameras.

A need to mend a past failure causes a son to embarrass his father in public. Nhlamulo makes a big sacrifice to rescue his love for Lindiwe. A misrepresentation turns Gloria’s world upside down.

An incident goes viral and history repeats itself in the Mamba household. Lindiwe is happy about the choice she has made but will it end in tears? Dintle is forced to be hard line and end someone’s dreams.

A master manipulator turns a son’s pain of rejection into a quest for revenge. Lindiwe gets an unsettling lesson in how to break the law. Timothy is surprised by a face from the past.

Duma changes his mind and takes a less destructive road to revenge. Nhlamulo’s activities raise suspicion and someone is determined to get to the bottom of the matter. Gloria sneaks into a shocking surprise.