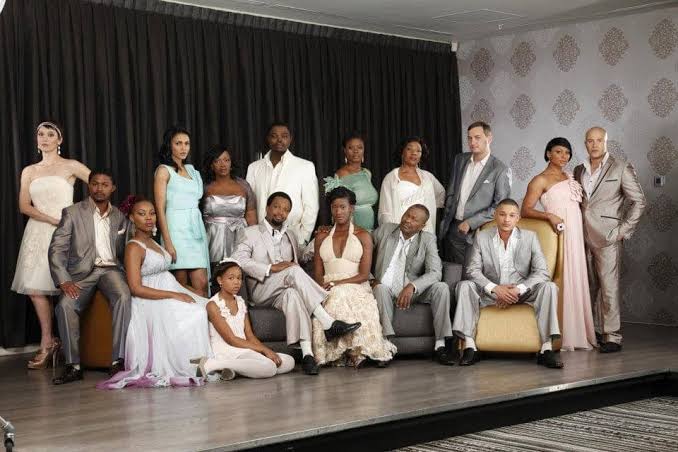 Monday 2 August 2021
Episode 3879A furious Mamba takes his revenge and lures more flies into his deadly web. Nonzi prepares to bring Mlu under her control once and for all.

Fathers face off in a final showdown over paternity while Boniswa plots her escape. Nonzi gets a disturbing warning about what she’s doing to Mlu, and the Ngema women are alarmed when they begin to witness his strange behaviour.

Nonzi gets her claws on the Ngema family’s biggest asset. Boniswa takes advantage of Aya’s distress.

Boniswa moves to secure her hold on Mamba’s empire, unaware that someone is on to her. Mlu disrupts negotiations and his state of mind is finally dealt with.

Two funerals fatefully provide a window of opportunity for a widow to get exactly what she’s always wanted. A desperate Nonzi shows Mlungisi her true colours.

Aya learns a secret that forces her to rethink everything she knows about her family. Siblings fear for the worst when they find out about financial decisions a sister has made. Zinzile is perplexed to learn that the Ngemas do not have a home anymore.

Duma and Poloka take on Boniswa in the war for Aya’s soul. Nhlamulo makes a deal to get what he wants but what will it cost him?

Trouble is brewing for Boniswa and danger looms for Aya. The Ngema women deal a major blow to Nonzi. An unexpected arrival saves the day.

A widow is stunned to hear that her husband died again. A fight ensues with devastating consequences.

Lindiwe and Nhlamulo agree on a drastic course of action after suffering a crippling loss. Xolile and Grace make a shattering discovery that opens a can of worms.

Secrets are washed up and Boniswa fears all is lost. Misfortune looms over a wedding day and the truth threatens to come out.

Boniswa and Xolile are after the same man, but one of them has evil intentions. Dintle fears her dreams are being sold out from underneath her feet and is pushed to fight.

The secrets of a loved one lie buried in a very confused mind. Layla is certain Dintle will fail despite Quinton’s belief in her.

Grace and Xolile hear a voice from beyond the grave. A father gets injured and is put into an induced coma.

A stepmother shows her true colours and is willing to sacrifice her stepdaughter for her own future. An old crime, with new evidence points to a family member as the prime suspect. A man forgets himself and struggles to make sense of anything.

Boniswa plays a dangerous game to get her hands on Mamba’s millions. Dintle plays along, pretending to be a loving wife.

Boniswa’s plan has almost fallen into place, but she doesn’t know two old foes are tracking her. Quinton makes an innocent request of Dintle but ends up provoking reckless behaviour.

Aya discovers a secret that puts her life in grave danger. Quinton’s memory starts coming back, which spells trouble for Dintle.

Everyone is striking deals and negotiating their future whilst an innocent life hangs in the balance. Mamba’s children prove they are his children when faced with a life or death situation.

Boniswa’s chickens have all come home to roost. Dintle finds light at the end of a dark tunnel and its much closer to home.

A wanted fugitive hides from the police in plain sight. Grace receives a tip off that sets her on the war-path. Mixing money with love and family causes problems for Quinton.