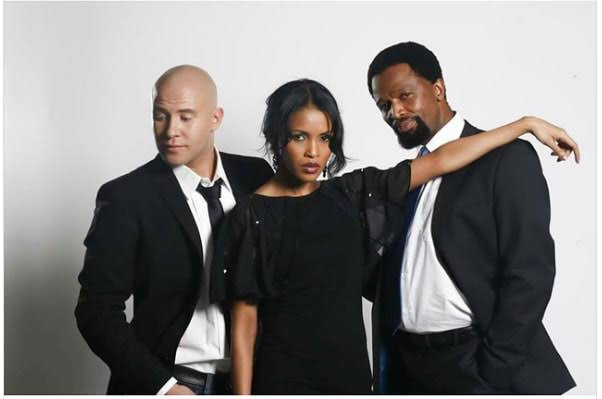 Some new information about an old photo puts a brother back on the case. Poloko learns some unpleasant truths. Mlu finally takes the call from KZN. Nonzi sees hope with one but puts her foot down with the other.

Mamba and Gorbachev clean up their problem, but Lerumo smells a rat. Simo jumps out of the frying pan into the fire when Duma reveals a secret to Poloko. Both Nonzi and Connie’s plans to reel in their men are not off to a great start.

With his back against the wall and the net closing in, Simo stoops to the lowest scum possible with Aya. An unexpected arrival is about to bring trouble in paradise for two lovers.

Aya drops a bombshell on Thando that results in a gun being drawn. Ndumiso’s suspicions drive him to play a cruel game with someone’s feelings.

Mamba teaches Simo a lesson but Simo laughs last. Mlu loses it when he finds an unpleasant surprise at home.

A woman, suspicious that her man is cheating, unknowingly opens up to his mistress. Grace’s ex proves to be the trouble that won’t stop giving when his name is connected to a murder.

Duma finds out that the truth is buried even further down than he imagined. Zinzile investigates her suspicions and is driven to extreme behaviour.

Mamba pushes Duma to become more like him, and is shocked at the result. Simo fights to stay in the game, but is he biting off more than he can chew? Zinzile makes contradicting statements to appease someone and reveal to another.

Things reach a boiling point as Mamba and Simo try to outsmart each other. An already divided family drifts further apart when a hidden secret is exposed. Nonzi’s game plan threatens to ruin two households.

A suspect is arrested but what is he going to say to the police?  A grim discovery promises answers. Zinzile confronts the woman she believes to be the obstacle in her marriage. One friend makes a promise that another will soon break.

Father and daughter realise they were played by the same man but when confronted, the man claims his love for the girl is real. A wife caught snooping tries to wash away the problem and she finds comfort in the wrong arms.

A desperate Boniswa detonates an unexpected bombshell to secure her future, scar her husband, and send an opponent packing for good. Zinzile gets in the ring with an opponent of her own and the gloves come off.

Mlungisi gets ultimatums from two different women and Hlengiwe gets a tip-off that could spell disaster for Mamba.

Strained family relations find themselves under the spotlight and both parties choose to lie. A desperate Mlungisi is outsmarted by Zinzile and so is Nonzi.

Honesty isn’t always the best policy when the truth puts a man’s career on hold. Dintle takes a big risk trying to get her opponent to show his cards. Dirty laundry is aired for one and all to see.

Mamba tries to defuse the a scandal but causes a potentially bigger problem by succumbing to an old weakness. Lindiwe and Omphile come up with a solution to their family crisis. Zinzile takes Nonzi on, but finds her wielding a weapon no sjambok can match.

Mamba crosses a dangerous line when Boniswa calls him out for humiliating her and she seeks revenge through bitter betrayal. Mlungisi and Zinzile’s unexpected reactions to Nonzi’s revelation devastates their daughters.

Boniswa gets suspicious when Gorbachev doesn’t want to do what she wants. Zinzile leaves Mlungisi with a bombshell of her own.

Boniswa sniffs potential treasure in a man’s past and goes fishing. Not everyone is thrilled about the exciting new changes in Mlungisi’s life.

Boniswa executes a risky plan to get her hands on Mamba’s money. Nonzi continues to manipulate but she goes too far and might have risked everything. Lindiwe and Nhlamulo make plans for the future.

A father finally stands up for his son while another child’s existence is questioned. A woman uses an imminent death to ensure herself a proposal.

Judging that the time is right, Boniswa begins to take away everything that Mamba loves. Zinzile busts Nonzi’s one trick, and Nonzi devises another trick, more daring.