Sibongile Besani is a South African politician who served as a Member of the National Assembly of South Africa between May and July 2019. 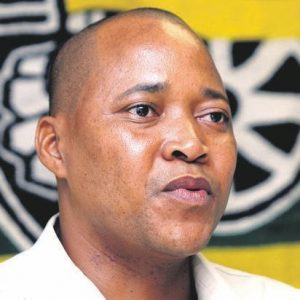 He is married to Nosizwe Besani and together they have three children.

Besani is an African National Congress (ANC) member. He is currently a member of the National Executive Committee of the party. He is also a past secretary of the Free State unit of the party.

He was elected and sworn in as a member of the South African National Assembly in May 2019. He assumed command of the party’s presidency, situated in Luthuli House, on July 1, 2019.

With effect from July 5, 2019, Besani resigned from the legislature. After the African National Congress Youth League’s leadership structure was disbanded later that month, he was named coordinator of the national task force in charge of the organization. He volunteered to resign from the office in February 2020. His resignation was rejected by the ANC.