Wouter Wessels (born 18 March 1985) is a South African politician and a Member of the National Assembly of South Africa for the Freedom Front Plus (FF Plus). 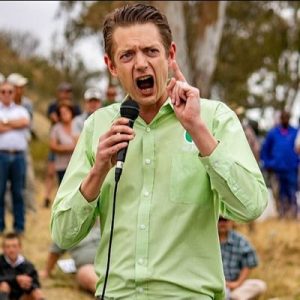 In 2015, he got married to Tammy Wessels who is also a politician.

He worked for the FF Plus in the Free State after university. Following his nomination as a deputy minister in the cabinet of South Africa, he began working as the personal secretary to the party leader, Pieter Mulder. From 2009 to 2014, he was serving in the position for five years.

He was elected to the House of Commons as an MP in May 2019. He and his wife, Tammy, were both appointed to the National Assembly as members of the FF Plus. Since 22 May 2019, they have been serving together.