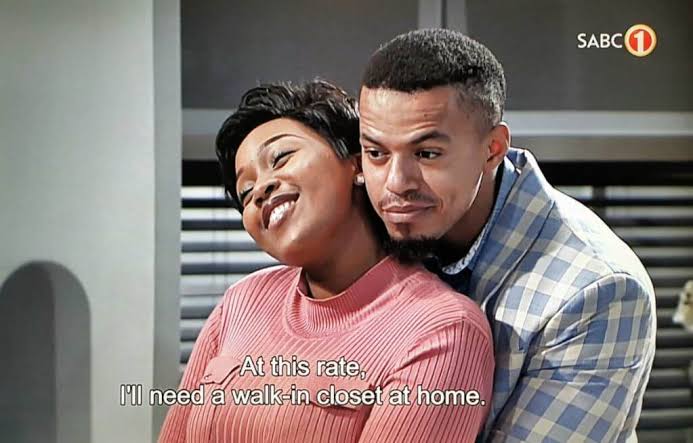 Meikie finally gets her day in court. Alfred is rattled when his nemesis mentions his business partnership.

Leeto and Meikie entertain an audacious plan to keep her out of jail. There’s something shady about the fancy job Melita is applying for. Alfred and Celia discuss buying a new car.

Kwaito’s testimony against Meikie threatens to crush her. Melita’s hopes for a brighter future are shattered by a stingy boss. Alfios plans to upgrade himself but is met by a chilling reality.

Kwaito loses it in court. Melita struggles to get the funds she needs for the Transnet job application. Alfios makes a request to the Magongwas but doesn’t get the answer he hopes for.

A disturbed Leeto begins to question the untimely passing of a family member. Melita’s bubble is burst when Dennis notes something off in her Transnet venture. The Magongwas bring their new car home.

MaNtuli finally takes the stand. Principal is annoyed when Alfred entertains her nemesis to his advantage. Melita’s excitement is short-lived.

The penny drops for Sifiso about a conversation he overheard at the Maputlas. Alfred’s attempts to befriend Mr Kgomo are an exercise in futility. Bontle’s hopes are shattered when she realises a gut-wrenching truth.

Meikie loses her marbles over the testimony of a surprise witness. Alfios gets a breakthrough in his ambitions to buy a car. Lehasa has a few words with a distraught employee.

Mokgadi takes the stand, determined to bury Meikie. Alfred is intent on making sure that Mr Kgomo’s son enrolls at Turf Hugh. Melita ignores all the warning signs about the job scam.

A sangoma makes a prophecy that leaves John shellshocked. Mr Kgomo doesn’t give Alfred the confirmation he needs about his son. A betrayed Charles shows his employee the door.

John is slammed between a rock and a hard place by the Prosecutor. Octavia offers Melita an opportunity of a lifetime. Principal is put in her place.

Leeto finds a way to spy on the Matlogas.  Alfios is living it up but a former boss is onto him. Maureen falls for a scammer with the perfect business opportunity.

Meikie takes the witness stand but things don’t end well for her. Alfios is presented with a salivating business opportunity.

Meikie spills her guts on the stand and renders the room silent. Octavia has Maureen exactly where she wants her. Keeping their newfound wealth is becoming more difficult for Alfred and Celia.

Leeto enlists help from a shared enemy of the Matlogas to take them down. Melita is forced to relay her suspicions about the Transnet jobs to a certain cop. Mahlatse is miserable when tasked to inform Charles’ son that he cannot take him with to their vacation.

Lehasa finds himself making a citizen’s arrest. Marothi Printworks resorts to paying a brown envelope for a seemingly lucrative business opportunity. Alfios is made to feel like a prominent businessman.

Captain Malebana makes two dramatic arrests. Alfios takes a leap of faith and signs the Maphosa Nuts contract. Maureen learns that she got the Transnet tender.

Lehasa gets a little more than he expected from his interview. A seasoned scammer digs her claws into a naïve businesswoman wannabe. Mary and Mokgadi lament their fate.

Lehasa is intrigued by a woman with a bone to pick with the Mavimbelas. Maureen loses a lot of her boss’s money. Alfred is determined to pull the plug on the Maphosa Nuts contract.

The Seakamelas cause a scene in court. Lehasa tries to spark the kids’ conversation again with Nothile, but it doesn’t go his way. Kat catches onto how smitten Alfios is with Glenda.

Meikie’s verdict is read in court. Kat advises Alfios to come clean about his feelings. Melita doesn’t know how she’s going to survive another fall from grace.