If you are familiar with SA Idols Season 12, then you must have heard of Thami Shobede. He is the runner up of the 12th Season of the reality show.

Thami Shobede was a South African entertainer. Asides from being a musician, he was a presenter and an actor. 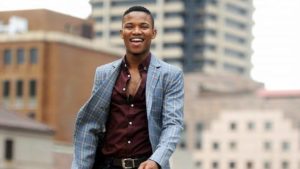 Simphiwe Thamsanqa Shobede was born in Mtubatuba, KwaZulu Natal in the year 1988. Thami Shobede was a South African musician, presenter and actor.

Shobede rose to fame in the 11th season of SA Idols in 2015. Unfortunately for him, he didn’t win that edition. He went again in 2016 and he was the runner up to the popular show.

The talented artist was signed to Gallo Records SA. Some of his songs included “I Love You” and “Angifuni”. Take a look at more of his songs here.

His death came as a shock to many in South Africa. It was announced by the record label that he was signed to.

“Gallo Record Company is extremely saddened and shocked to learn of the sudden passing of one of our artists Simphiwe Thamsanqa Shobede, fondly know as Thami [Thami Shobede],” general manager at Gallo Records, Robert Cowling, said.

Thami Shodebe collapsed after performing at an event. He passed on in the hospital while in a coma on the 12th September 2019. The cause of death is not yet revealed.