Kagiso is nervous as the cops get to Goodness before he can. The Zulus worry when doctors can’t tell them what’s wrong with Patronella.

Kagiso’s guilt worsens as Goodness’ condition declines. Patronella and her crew get into more trouble than they could have anticipated.

The Khozas get an unexpected and furious guest. The Mpilo Energy Juice gang struggles to find their way out of the latest setback.

For Goldfinger and Diamond

Hector is adamant that someone will pay for Solly’s crimes. Mziwoxolo plans on making sure the Khozas pay for what happened to Goodness.

It Doesn’t Add Up

Goodness has another surprise for Kagiso as she starts to recover. Mjekejeke starts to question why the numbers around Mpilo Energy Juice aren’t adding up.

The Cost Of Living

Vuyiswa has more bad news for the Mpilo Juice investors.

Ghosts from the Past

A ghost from the past sends Noma and Brutus spiraling. Siyanda is scrambling for survival again.

What’s in That Bag?

A blast from the past awakens old feelings in Noma. Siyanda does not know what to do with a lucrative find.

Noma struggles with the feelings Charles brings back up for her. Siyanda makes a drastic move she might come to regret.

Livers Must Be Destroyed!

Brutus and Charles have a confrontation that turns very ugly. Thato starts to wonder where Siyanda got her money from.

Brutus makes a life altering decision and gets the shock of his life. Siyanda’s reckless behaviour costs someone a life. 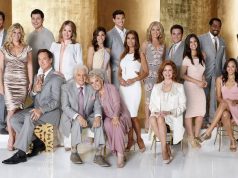 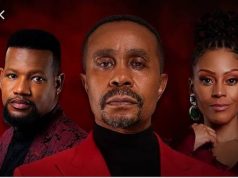 ​​​How to Claim UIF Unemployment Benefits