Zolani makes his demands clear and won’t back down. Familiar faces are there to comfort a distraught Dimpho.

Emma will stop at nothing to sink her teeth into the Dlamini-Dikana empire. Dimpho re-opens a can of worms.

Emma and Lindiwe’s feud could reach a deadly end and Cobra decides to finally teach someone a lesson.

Emma will stop at nothing to get the life she deserves. Detective Tshabalala is on to Cobra’s plans.

You’ve Made Your Bed

Emma’s plans for Lindiwe backfire, and Dimpho’s relationship with Morapedi could send her down a dark path.

The Dikana family is hit with tragic news, while Dimpho discovers that when days are dark, friends are few.

Dimpho’s chickens come to roost and Zolani huts down the people who almost turned his world upside down.

Lindiwe’s enemy comes up with a finite solution for their constant battles. Dimpho finds herself with no one in her corner.

Lindiwe finds out that her enemy is bolder than she could have ever imagined and Dimpho learns a valuable lesson.

Dimpho faces even more terrible consequences for her actions. Lindiwe wins back Emma and Zolani, just in time for a fatal accident.

Kedibone has an encounter which surprises her and the Dikanas are distraught after their holiday goes south.

Emma reveals something that could do irreparable damage to Zolani and Lindiwe’s relationship. Kedibone finds herself enthralled by a new suitor.

Zolani decides to take matters into his own hands and go against the only mother figure he knows. Kedibone is unsure what to do with the feelings bubbling inside her.

Nsizwa and Kedibone’s date leads to heartbreak. Zolani gives the women in their lives the shock of their lives.

Kedibone is tortured by her past while is Zolani is broken by the effect his choices have had on his family.

An unexpected someone arrives in the middle of the night while Andile and Beauty’s friendship is showing cracks.

Back to Living Again

Two souls connect while a daughter suffers a series of painful rejections.

Let Me Do My Job

A loved disappearance causes ripples across Refilwe, while a parent and child struggle to go back to how they used to be.

A Friend From The East

A familiar face’s escapade follows her back home, while a disaster awaits a blooming love affair.

A young lady’s past comes back to haunt her. Kedibone thinks the worst when someone she cares about seems to be pulling away from her.

A young lady finds herself in more trouble when an unexpected guest arrives. Kedibone new relationship is tested when shocking details of the past come out in the open. 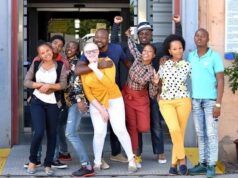 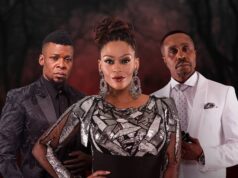