Thembi Nyandeni (born 19 March 1958) is a South African actress best known for her role as Selina Khumba in the SABC1 drama series Zone 14, since 2005. 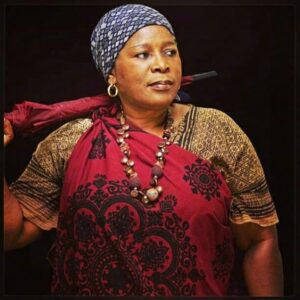 She also has a starring role in the Mzansi Magic telenovela-turned-soap-opera isiBaya as Mkabayi Zungu, the family’s tough-talking matriarch, and Mpiyakhe’s niece.

In March 2014, she received the Royalty Soapie Awards’ inaugural Outstanding Lead Actress award for her performance in isiBaya.