Tholi B whose real name is Rofhiwa Bologo is a South African DJ and TV presenter best known for hosting his own show on Yfm and for hosting the first two seasons of the documentary series Ba Kae?. 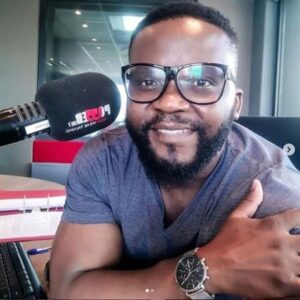 In 2005, he got his first break when he joined AK on Yfm’s “The Joint,” where he hosted a self-created segment called “The Joint Street Team.” In 2007, he began filming demos as an On Air host.

He runs Emphaya Records, a record label, and Andani Productions, a production firm that specializes in events and media campaigns, among other items.

He has an estimated net worth of $100,000 which he has earned as a DJ and TV presenter.