After his suspension as commissioner of the South African Revenue Service in March 2018, he was eventually fired on the 1st November 2018 by President Cyril Ramaphosa.

The full details about his salary are not known. This information will be updated very soon.

Mr. Moyane’s qualifications include a BSc Economics from the Eduardo Mondlane University in Mozambique.

As a development economist, he served until recently as the advisor on turnaround and security strategies at the State Information Technology Agency (SITA).

He is a former National Commissioner for the Department of Correctional Services and has also served as Chief Executive Officer for the Government Printing Works.

While in exile from South Africa during Apartheid he had worked for government departments in Mozambique and Guinea-Bissau.

Previously he was the managing director for Engen Mozambique as well as regional coordinator for the regional spatial development initiatives and as chief director for industry and enterprise development at the Department of Trade and Industry.

During his period in exile, he worked for government departments in Mozambique and Guinea Bissau. 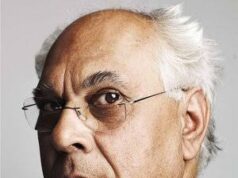