Unemployment is one phenomenon that is present in every economy in the world, and it is always at the peak in times of economic recession. Even in equilibrium situation where labour demand equals labour supply, unemployment still exist, this is what Economists call the natural rate of unemployment and it is caused by the duo of frictional and structural unemployment.

Thus, those individuals that wants to work but have given up the zeal to search for work, cannot be classified as unemployed. In short, they are called “Discouraged Workers”. 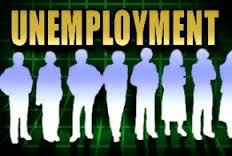 Despite unemployment being a global phenomenon, the African continent suffers the most from unemployment. According to an article published by investopedia.com titled Unemployment Rates: The Highest and Lowest in the World, unemployment rates were high in Sub-Saharan Africa, especially Lesotho which had the highest unemployment in the world in 2018.

While in 2002, Unemployment was at its peak with an estimated value of 33.47 %. According to research, public opinion suggests that unemployment in South Africa is the most important challenge according to DoC Tracker.

Unemployment, as stated earlier is a global phenomenon and as such the causes of unemployment will to an extent be very similar in every country.

2. STRUCTURE OF THE POPULATION AND LOW LEVEL OF CAPITAL INVESTMENTS

Some other causes of unemployment according to gcis.gov.za include:

Coronavirus (COVID-19) in South Africa & how to Stay Safe