According to Wikipedia.com, construction as an industry comprises six to nine per cent of the Gross Domestic Product (GDP) of developed countries. In South Africa, the construction industry contributed an average of 3.9 per cent to the country’s GDP in 2017.

However, it was reported by the department of statistics, South Africa that the construction industry remained firmly in recession, contracting for the fourth quarter in a row. A drop off in activity related to non-residential buildings and construction works constrained growth in the second quarter.

It is no news that the unemployment rate in South Africa is really high, and much of the unemployed persons in the economy is as a result of the decline in the activities of the construction sector.

According to the 2018/19 annual report of the Commission for Conciliation, Mediation and Arbitration (CCMA), the construction sector recorded 3,584 employees facing retrenchment. This represents the highest amongst all sectors.

Despite the challenges in the Construction Industry, there are still some top players in the construction industry. According to the Africanbusinessmagazine.com, in their ranking of the top 250 companies in Africa in 2014, six South African construction companies were part of the top 250 based on their market capitalization. These include: 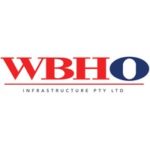 Established in 1970, Wilson Bayly Holmes – Ovcon Limited was listed on the Johannesburg Stock Exchange in 1988. The company employees’ base is over 5200 people and its operation cut across three different divisions: Building construction, Civil engineering, and Road and earthworks.

WBHO operates across southern Africa, the Middle East, different Indian Ocean islands and Australia. The market capitalisation falls just short of R8.7bn in 2018 according to fin24.com. 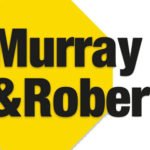 Murray and Roberts focus providing its services to the following sectors: Underground mining, Oil and gas, power and water, and Infrastructure and building.

The company employs over 21,000 people across its operations and has projects in Africa, the UK, the Middle East, Australasia, North America, South America and South-East Asia. Established in 1902, Murray and Roberts. The market capitalization according to fin24.com was just short of R7.2bn in 2018. 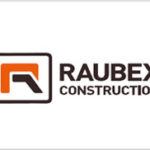 The Raubex Group consists of three main divisions: Infrastructure, Materials, and Roads. Established in 1974, Raubex was listed on the JSE in March 2007.

The company operates in South Africa, Namibia, Botswana, Zimbabwe, Zambia, Mozambique, Cameroon and Western Australia. The market cap of Raubex companies in 2018 was just above R3.6bn.

Formed in 1995, Calgro M3 Holdings is a housing development company, and it employs around 130 people across its operations. The construction company was initially listed on the Alt X in October 2008, and in February 2012, the company moved its listing to the main board of the Johannesburg Stock Exchange. 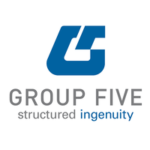 The group five company was established in 1974, and it has a Construction Industry Development Board (CIDB) Level 9 rating. Group Five company engage in project development, investment, construction, operations and maintenance and the manufacturing and supply of construction products.

Group Five employs 8000 people and have operating experience in 28 countries. However, recent events suggest the group five company would be unable to employ that same number of persons, given the decline in the market value of its shares, from a peak market value of R8.2bn in 2007, to less than R100m when the shares stopped trading.

According to an article by Fin24.com, Group Five’s share price lost more than 93% of its value and the sale of their stocks was suspended earlier in March after it filed for bankruptcy protection.

How to Get a US/ USA Number in South Africa for...