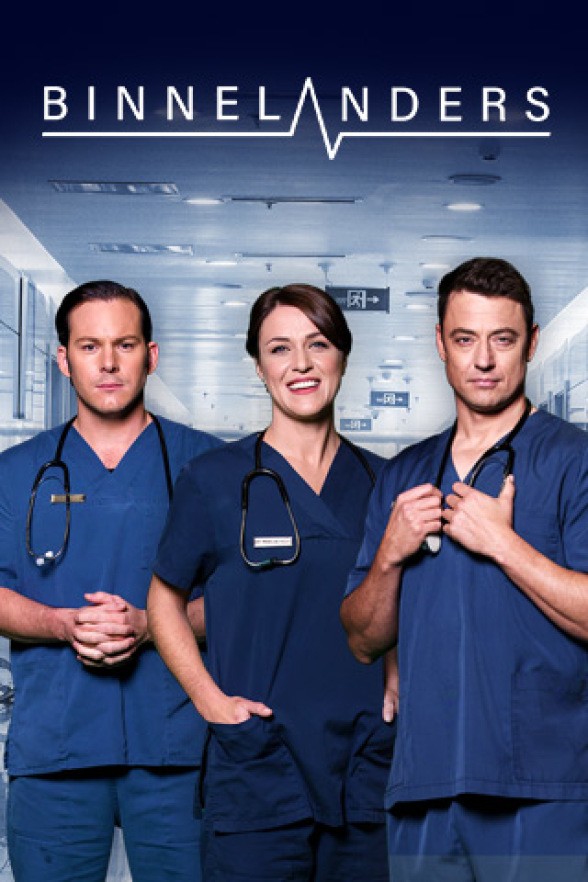 Nellie doesn’t want George to do the tests, while Kobus is livid about a call. Steve pleads with Elana to give up control, and Gaby suggests that Tertius looks at Karen’s finances. Rodney makes his appearance again, and Louis makes a decision that could have huge consequences.

Kobus is in two minds about a call. Nellie upsets Helena, while undeclared love hangs heavy in the air. The note that Chanel picked up causes lots of confusion, and Gaby convinces Karen to go out with Alexis. Steve’s test results are made known.

Elana shocks Steve with a decision. Karen is interested in Alexis’s business, while Steve makes a difficult promise. Okkie comes to a shocking realisation while watching people in Tonik, and Annelize has to update Conrad about Elana.

Gaby thinks something is fishy about the way that Alexis is working. Elise gets a job opportunity in Pretoria, and Rian offers his assistance when it seems like Annelize is struggling to keep her head above water. Steve tells Elana about George, while Karen realises her behaviour is changing around a doctor.

Elise rubs her boss up the wrong way, and Steve is on the war path. Conrad tries to come up with a new way of solving their current problem, while George and Nellie discuss the future. Karen and cameras are not the best combination – while a master manipulator and a recorder are perfect for each other.

Ruan and Vicky start to realise that something isn’t right, and Elise is very positive about the first product that she has to rep – while the same can’t be said about Karen. Annelize is not going to stand for any negativity, while Annetjie is interested in a product.

Tertius doesn’t have the heart to word his impressions, while Annetjie confides in Elise. Conrad makes Ruan a promise, and Rian gets an invite to a function. Louis words his fears towards Elise, and George comes clean with Helena. Danny is definitely not blind when it comes to love.

Conrad confronts Annelize regarding the purchasing of products. Karen is not impressed with Alexis, and Elise is starting to rub Ilse up the wrong way. There is a bit of good news to start the day, while Nellie is put squarely in her place. Annetjie is stunned to find out who the doctor is that will operate on her.

Karen begins to become desperate to be successful, and George doesn’t want to face anyone. Okkie loses his patience with Elise, while Helena knows exactly what is busy transpiring. Conrad is determined to go ahead with the operation, while a dark cloud rests on Pretoria.

Gaby has a very strong suspicion about what is happening to Karen, and Conrad only wants to see one person. Rian overcomes a big obstacle, and Annetjie is in a lot of pain. There is a very difficult conversation that needs to take place, while Lexi gives in to her emotions.

Conrad forces Steve to take a leave of absence. Annelize receives a gift from Mike – while he also encourages Elise to forge stronger bonds with her. The sparks are flying between two people, and Hugo is concerned about a huge operation.

Heartfelt words make Naomi very emotional. Mike is impressed with what Elise has been able to do so far, and Annelize thinks Annetjie should return to the hospital. Karen lands in hot water – and cries on a doctor’s shoulder – while Delia’s timing couldn’t be worse. Steve eventually gets time to read a letter.

Elise can’t stop wondering about Conrad and Annetjie’s pain. At’s focus is not where Conrad expects it to be, and Louis needs to be the negotiatior between everyone’s emotions. Gaby realises that Karen’s emotions have become complicated, while it looks like Steve and Helena are on the same page.

Annetjie is not the only one that questions Binneland Clinic’s hygiene. Tracy has a hard talk with Karen, and a Saturday morning ritual is performed for the last time.

Karen is furious when she finds out what Gaby has done, while Conrad is feeling uneasy about Annetjie. Helena and George bid the kids farewell, and Delia words her interest to Conrad. Uys needs to put the current situation into perspective for a nurse.

Annelize takes Rian into her confidence. Uys could be the solution to Karen’s problem, and Gaby is determined to make the dinner a success. Tertius takes note of a growing friendship, while he also calls on Louis when he has a problem with his phone. Mike presents his case to Annelize.

Gaby and Tertius are at loggerheads, while Louis is worried about Conrad – and then Naomi also lets some sensitive information slip. Wimpie gets an interesting invite. Annetjie hears a tit bit of interesting information, while Conrad also receives some news from an independent laboratory.

Tertius makes a decision when he can’t get hold of Lydia, and Conrad hears of someone that has had the same problems as him. Naomi gets a pleasant surprise in Tonik, while Koos doesn’t tell Julia the truth. Annetjie doesn’t have time for empty promises, and Mike is a shrewd businessman.

Gaby can’t bite her tongue any longer. Elise meets a lawyer, and Noami’s fears are realised when there is an emotional outburst in the Koster Mansion. Tertius wants to get to the bottom of it all, and Okkie realises there is something that bothers Wimpie regarding the performance. Mike’s agenda is revealed.

Wimpie discusses a suggestion with Okkie, while Elise questions the credibility of the theatre nurse. Tracy tells Conrad that Annetjie is spreading stories about him, and Tertius hears what Gaby did. Louis and Naomi’s concerns regarding Joline are problably not in vain, while Rian shares sensitive information with Tertius. E

Elise takes her fears regarding her future out on Conrad. Tertius has a go at Uys, and Naomi ensures Conrad of her support. Koos makes a decision about a therapy, and Naomi talks to Okkie about Wimpie’s fears. Elise’s thoughts motivates her to go into action – but it could land her up in huge trouble.