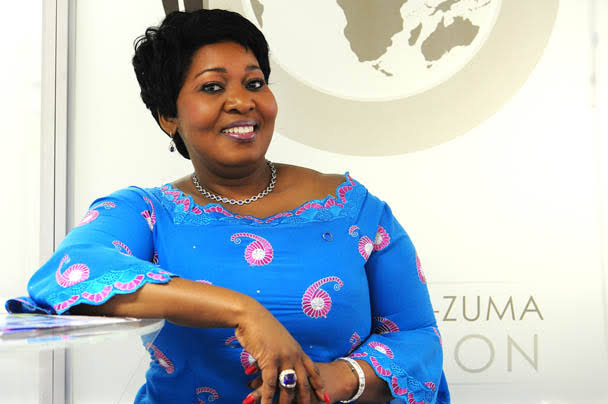 She was born on 1 January in Umlazi, South Africa. Bongi is the middle child of six siblings, four sisters and two brothers.

She had her primary education in Umlazi and then moved to Inanda – Ohlange for high school. Bongi eventually came back to Umlazi to study at Mangosuthu Technikon.

She holds a Diploma in Marketing and a Bachelor’s degree in Business Administration.

She is married to former President Jacob Zuma. They got married in 2012 making her his fourth wife.

The majority part of Bongi’s work experience has been in accounts, finance and investment in companies which include Investment Bank, Standard Chartered and Merchant Bank, Deloitte & Touche, IBM and JIC Mining Services.  She then decided to move to Johannesburg in 1989.

She established the Bongi Ngema-Zuma Foundation in 2010; a registered Non-Profit Organisation with a vision of seeing a South Africa where diabetes ceases to be a killer due to lack of awareness, by supporting and helping people take control of diabetes.

She has an estimated net worth of $300 000 which she has earned from her career.