Boohle (born February 20 in the East Rand of Johannesburg) whose real name is Buhle Manyanthi is a South African musical artist famous for her versatile vocals and beautiful lyrics. 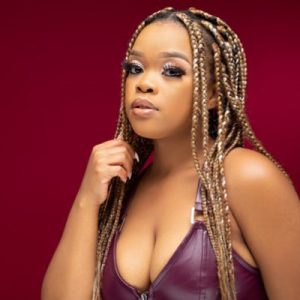 She was born on the 20th of February in the East Rand of Johannesburg, South Africa. She celebrates her birthday on February 20th every year.

‘Yini Na’ and ‘Slala Amalunde’ are two of Boohle’s most popular songs. In 2020, she published her first album, “Umbuso Wanamynyama,” with Josiah De Disciple.

Furthermore, in the close of 2020, Boohle and Josiah De Disciple published the songs “Mama,” “impilo Inzima,” and “Inyembezi,” all of which are still buzzing and streaming competently throughout South Africa.

She has an estimated net worth of $50,000 which she has earned as a musician.