Chris Jafta (born 1959) is a South African judge of the Constitutional Court of South Africa. 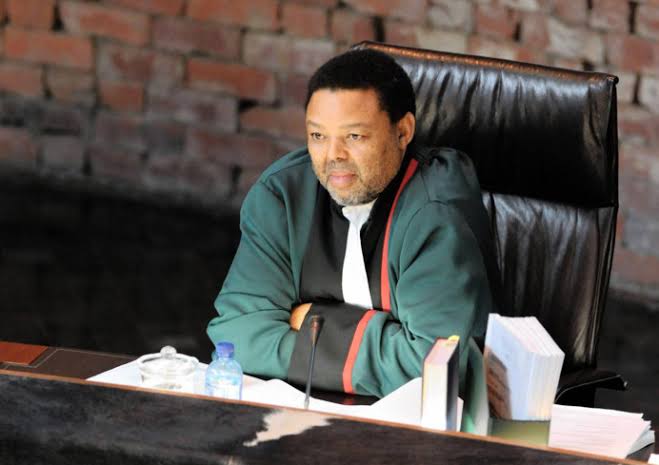 He had his primary and secondary education in Matatiele. Jafta is an alumnus of the University of Transkei where he obtained his B Juris and LLB degree in 1983 and 1987 respectively.

Jafta is married to Nomviwo. They are blessed with two children; a daughter, Kgomotso and a son, Tshepiso.

Jafta started his career as a court interpreter in 1983. He was appointed a prosecutor of District Court at the beginning of 1984 until December 1985 when his authority to prosecute was withdrawn by the Attorney-General at the instance of the Security Police. He was demoted to the position of an Administrative Clerk.

This occurred after he had rejected instructions from the security police on how he should conduct prosecutions in some cases and had declined to prosecute people who were arrested for walking in the streets at night in contravention of emergency regulations which were in operation then. He was briefly detained and subjected to an intense interrogation by the Security Police.

In July 1986 he was appointed a Magistrate. In February 1988 he resigned and joined Mbuqe and Mbuqe, a firm of attorneys, as a candidate attorney. But in August 1988 he resigned to join the University of Transkei as a lecturer. There he taught Commercial Law and Constitutional Law. In 1992 he did pupilage at the Johannesburg Bar.

Jafta commenced practice in Mthatha in January 1993. His practice focused mainly on Labour and Constitutional matters.

In December 2007 Jafta was appointed Acting Justice at the Constitutional Court until May 2008.

Jafta has an estimated net worth of $2 million which he has earned from his career.