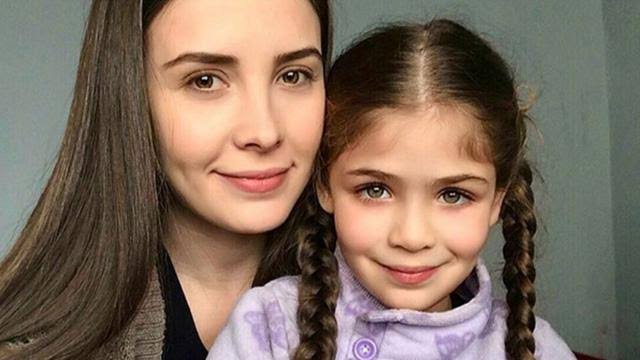 Veysel gets himself into trouble while trying to get into Melek’s house. Will someone notice?

Veysel has a stroke of luck when he finds Elif in the street. Arzu makes devious plans to frame Melek, while Zeynep does all she can to dodge Erkut. Melih makes a profound discovery about Melek.

Melek is in jail for drug smuggling and nobody believes she is innocent. Zeynep tries her best to get Melek out of this terrible situation but encouters a lot of obstacles. Melih is determined to find out who framed his sister so he can take revenge and Veysel has big news that shocks Murat.

The sacrifices Ayse has made for others is taking its toll. May this lead to her demise? Just when Kenan thinks he is making a breakthrough, he is stopped by Arzu and Aliya. What happens when Veysel’s plans go wrong in more ways than one?

Melek receives a devastating sentence, which brings Melih to tears. Ayse is in the wrong place at the wrong time. Arzu hears about Ayse’s accident and Gonca convinces her to tell the family. Ayse reveals the truth to Selim.

Will Ayse be okay? Melek undergoes orientation, led by inmates. Selim tries to get to the bottom of his newly-kept secret.

Melek is having a hard time in jail. Arzu wants to get rid of every remnant of Ayše. Elif takes strain after Ayše’s departure and finds an unexpected ally in Tugçe.

Melih’s attempts to protect Melek, puts her in even greater danger. Selim is struggling to keep Ayse’s secret, while Murat is gathering more information about the Emirglu family. Arzu is finally happy as her plans pay off..

Will Arzu’s plan to get rid of Elif succeed. Selim’s new found knowledge about being Elif’s uncle causes problems for Zeynep and makes him over protective of Elif, and the whole family is still mourning Ayse’s death, while Melek has her own struggles in Jail.

Zeynep gets an unwanted guest, Arzu tries to break the growing bond between Elif and Tugce. Melek has a hard time in prison.

Veysel moves into the house with Zeynep and Murat. Veysel finds interesting information about Zeynep’s boyfriend. Arzu is starting to puzzle the pieces together regarding Elif and Selim as he decides to let Elif live in Tugce’s room.

Kenan is mad at Melek but it is only because Zeynep lied to him. A terrible thing happens while
Selim and Gonca take the children to the park.

With Gonca out of the house, Kiraz has to do her work, but it doesn’t turn out so good. Erkut once again wants to marry Zeynep.

Idris has his own inside men in the police service doing his bidding for him, making it difficult for Kenan to find out the truth about Ayse’s death. Will Elif reveal the truth about what happend that night and bring closure to Ayse’s death or will Idris succeed in his evil plan to make all the evidence disappear?

Aliye wants to say a final, private farewell as a family to Ayse, but is apprehensive to take the children along to the cemetery. Erkut is lucky to find a way to get out of his debt towards Veysel when the Jeep is stolen and Arzu drops a bomb on Melek.

When Arzu threatens Melek, Melek asks Zeynep for help. This places her in a position that she has no idea how to handle. Arzu gets anxious when Kenan refuses to let go of the circustances under which Ayse died.

How strong is Zeynep and Selim’s bond when the truth is revealed. Has Melih finally found the person with all the answers and will Veysel help his son out of his troubles or leave him out to dry….

Selim meets Melek for the first time in years. Zeynep and Selim find solace in this scenario. Murat puts Veysel in a financially sticky situation. Elif receives lavish treats that come at a price.

Elif no longer wants to live in the mansion as Tugce makes life increasingly hard for her. Arzu is plannig to get rid of Elif again. She may just succeed this time. Veysel outsmarts Kenan while Melek refuses to be Orhan’s client any longer.

Will Elif manage to escape? Melih tries to convince Melek to make use of the lawyer’s service.  Zeynep opens up her heart towards Gulnur. Will Selim see Arzu at Veysel’s home?

Arzu cooks up a plan to keep Melek locked away. Melih still tries to figure out who conspired against Melek. Zeyda makes an unconventional plan to come up with the money for Veysel’s deal.

It’s the day of Melek’s trial. Melek yearns for her freedom and Elif is very excited to finally see her mother, but an unpleasant surprise awaits. Melih’s heart softens towards the Emiroglu’s, thanks to good advice from Efruz.

How To Start A Supermarket Business In South Africa