Fundiswa Zwane (born 6 June 1985) is a South African actress and businesswoman known for her role as Rethabile in the SABC1 soapie Generations (2009-2012). 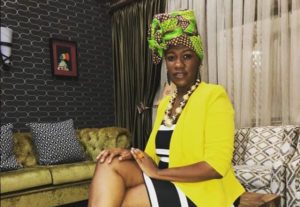 Fundiswa had always wanted to become an actress during her high school days. She belonged to the gumboot dance group. She went to a film school after completing high school.

“I knew when I was in high school that I wanted to be an actress. I was part of the gumboot dance group, and once after a performance, the whole school was in stitches. This turned me into an overnight sensation, and I enjoyed my time on stage.

I knew then that I would pursue a career in the arts. After high school, I followed my drama teacher’s advice and went to film school. I booked my first TV role while doing my third year. From that point, I pitched up for every audition and gave it my best.”

Fundi co-created the Mzansi Magic sitcom It’s for Life along with Gugu Zuma and Thuli Zuma, the daughters of South African president Jacob Zuma, which aired on the channel from July to October 2011.

The popular series revolves around three women in their twenties who discover a squatter living in their new house and are forced to live with her.

In 2015 she had a guest-starring role in the second season of the eKasi+ police procedural series Traffic!.

She has an estimated net worth of $500,000 which she has earned as an actress and businesswoman.