The Grove Primary School is a school in Claremont, Cape Town, Western Cape, South Africa, that educates children from pre-primary to Grade 7.

The Grove has around 720 students, and Sally Shield is the school’s Head.

The Grove is one of South Africa’s oldest schools, having been established in 1885 as the Feldhausen School, after the Feldhausen Estate, which was a farm prior to the school’s founding. 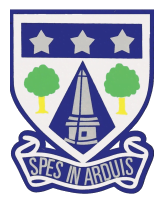